A Cat in Brookline Survived a Nine-Story Fall

The MSPCA says it's a "miracle" the feline is alive. 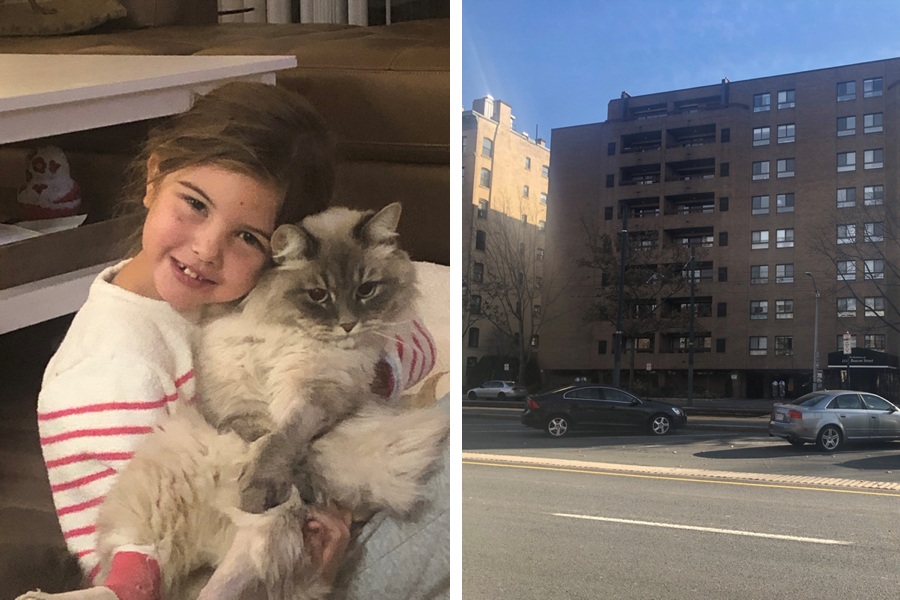 A family in Brookline is both relieved and shocked after their cat survived a nine-story fall from their apartment building this fall.

After more than a month of treatment, the MSPCA Angell Medical Center in Boston is telling the tale of Simba, which the Jamaica Plain hospital says is a certified “miracle cat.”

Simba, the MSPCA says, was let out onto a patio by mistake the night of Halloween, and at some point plummeted to a stone area nine floors down, suffering a broken jaw, two broken legs, and various internal injuries. Making matters worse, its owners, the Jardus family, didn’t realize the cat had fallen until the following afternoon, after their beloved pet had spent the night in the cold.

“Simba was in shock when he first arrived and it’s quite miraculous that he survived at all,” Dr. Virginia Sinnott of Angell’s Emergency & Critical Care Unit says in a news release. “His temperature had dropped to 86—as opposed to 100, which is the normal body temperature for a cat, and he suffered multiple injuries.”

The cat spent eight days in treatment, and has been recovering ever since.

“He is through the worst of it and for that we’re so grateful. We came so close to losing him and I’m overjoyed to see him improve a little each day,” owner Victoria Jardus says in a statement provided by the MSPCA, which tells us Simba is now “banned” from their apartment patio.

Strange as it seems, cats do have an uncanny ability to survive falls from even considerable heights, thanks to physics. That’s because cats benefit from a relatively low terminal velocity, as well as a well-known knack for landing on their feet.

Still, veterinarians say it’s rare to see a pet survive such a traumatic accident, and that in their experience cats reported to have fallen from only half the height Simba did have died.

“He is so lucky to have landed the way that he did, as the fall alone could easily have killed him,” says Angell surgeon Dr. Emily Ulfelder, also via the MSPCA.