The awfulness of running "would ultimately splash back on people whom Diane and I love," he writes. 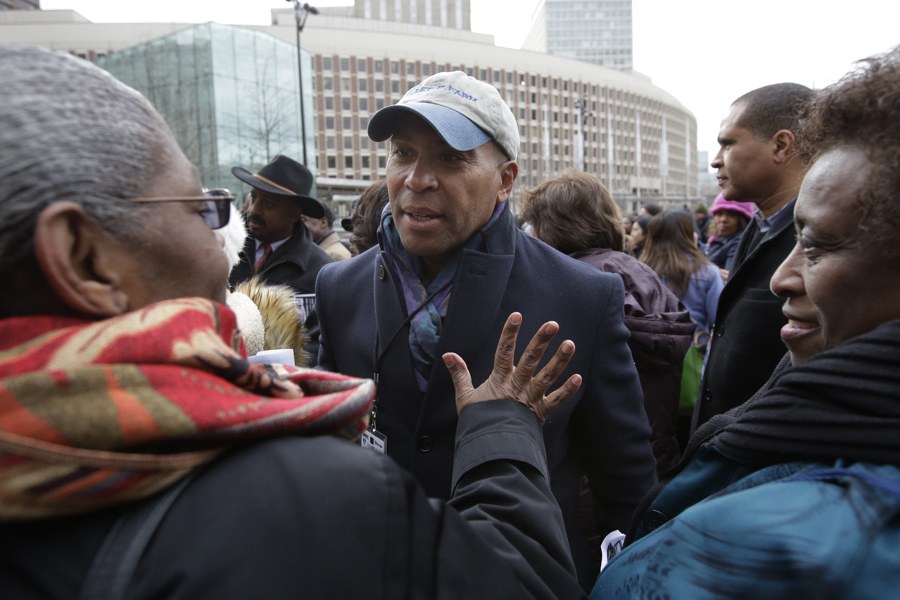 There are many reasons for Deval Patrick not to run for president in 2020. The likelihood of a run from better-known Democrats like Elizabeth Warren is one. Dirty laundry, in the eyes of progressive critics, is another.

But on this, the day the former governor of Massachusetts and current Bain Capital big-wig officially declares he will not throw his hat in the ring (word of his decision leaked earlier this week), he’s pointing to another reason there are better things he can do with his time: The vicious, unfair, often stupid nature of modern politics.

“I’ve been overwhelmed by advice and encouragement from people from all over the country, known and unknown. Humbled, in fact,” he writes in a Facebook post. “But knowing that the cruelty of our elections process would ultimately splash back on people whom Diane and I love, but who hadn’t signed up for the journey, was more than I could ask.”

Of course, every politician gives some version of this line when they resign or decide against pursuing higher office, but for what it’s worth Patrick’s wife Diane has been public about her battle with depression, and the role that politics has played in exacerbating it in the past. In an interview with WBUR, Patrick also says his wife’s recent cancer diagnosis also factored into their decision.

Patrick did spend time on the campaign trail this year, for sure. He’s made several trips in support of Democrats in states all over the country, and garnered some attention after the emergence of a PAC affiliated with him, called Reason to Believe.

“The people I met don’t fit in a box. They are much more than some oversimplified ‘voter demographic,’ with all the presumptions that go with that,” he writes of his time on the road. “[T]hey sense that most of the time most of the political establishment sees only a cartoon version of them or overlooks them altogether.”

Even if he’s passing on taking part in what is sure to be the most exhausting, infuriating election of our lifetimes, he plans to help whoever else plans to face the cruelty in his stead. “I hope to help in whatever way I can,” he writes. “It just won’t be as a candidate for president.”