The gun safety advocate posted a picture of her acceptance online. 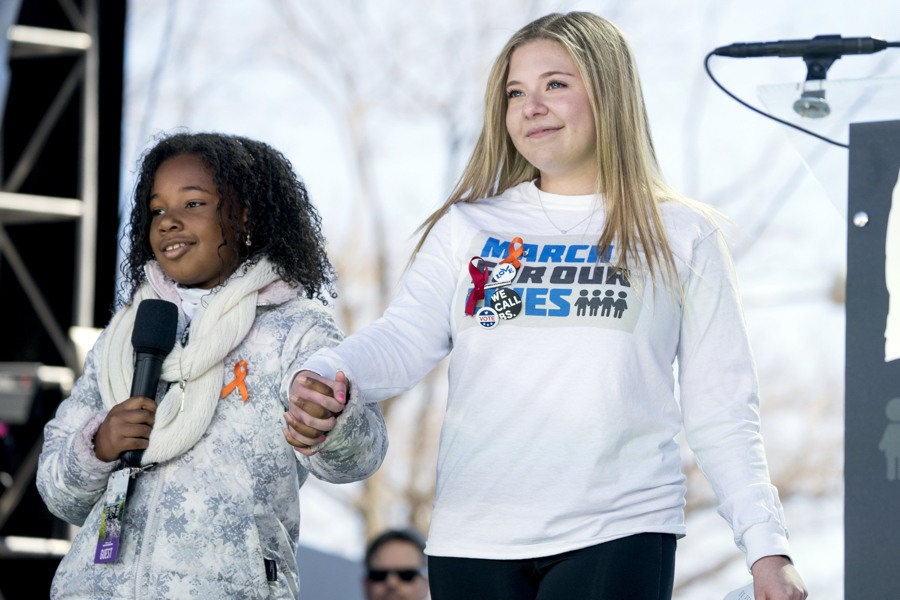 FILE – In this March 24, 2018 file photo, Yolanda Renee King, grand daughter of Martin Luther King Jr., left, accompanied by Jaclyn Corin, right, a student at Marjory Stoneman Douglas High School in Parkland, Fla., and one of the organizers of the rally, speaks during the “March for Our Lives” rally in support of gun control in Washington |Photo via AP/Andrew Harnik, File

That’s the message shared by Parkland survivor and gun control advocate Jaclyn Corin, who announced she has been accepted at Harvard.

Corin posted a photo of her acceptance letter to the Ivy League institution on social media Thursday, along with the hashtag #Harvard2023, and three question marks.

So it doesn’t look like she’s definitely made her mind up about heading to Cambridge next year. She applied via the “early action” program, which gives students the option of finding out early whether they’ve gotten in, but is non-binding.

Corin, who was a student at Marjory Stoneman Douglas High School when a gunman killed 17 there in February, has become a prominent voice in the movement to pass gun reform legislation and is a co-founder of the March for Our Lives, which has held demonstrations in cities across the country, including in Boston. Although she doesn’t necessarily have the profile of David Hogg or Emma González, who are often the public face of the movement, Vanity Fair described her in a recent profile as a “a driving force behind the scenes” and a logistics whiz for the organization, which has amassed a giant following online and created a network of high schoolers and college students ready to mobilize, protest, and vote. It takes a whole lot of talent to keep an operation like that going, especially as a teenager, and especially when critics can be vicious.

So it’s not hard to see what Harvard might see in her. If she does decide to go to Harvard, she’ll be in rare company. The college admitted 13.4 percent of early applicants this time around, which the Crimson reports is “likely the most competitive early admissions cycle in Harvard history.”