The Patriots wide receiver made the announcement on Twitter. 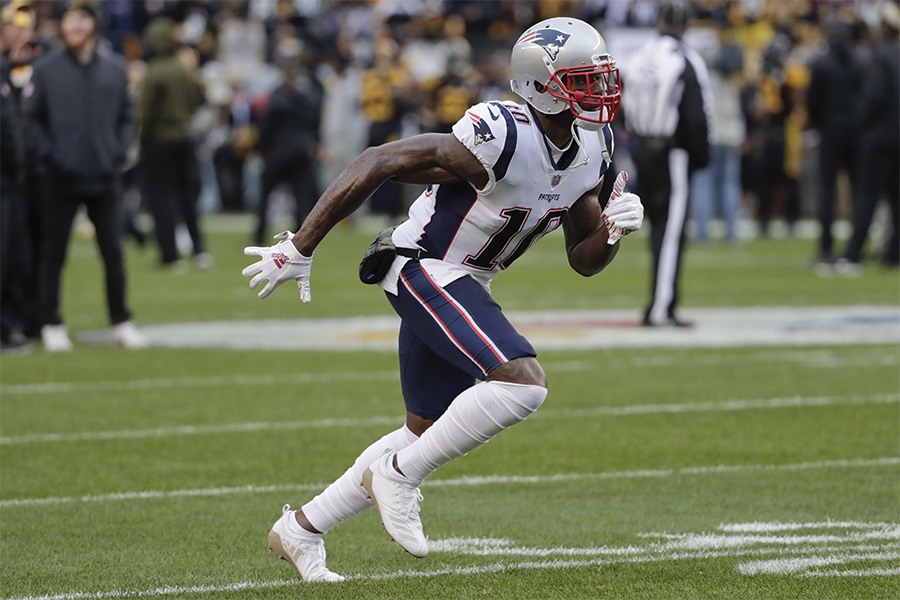 New England Patriots wide receiver Josh Gordon said he’ll be stepping away from football on Thursday morning. The announcement came via a brief message on his Twitter account, where he indicated he needed some time away for mental health reasons, saying, “I take my mental health very seriously at this point to ensure I remain able to perform at the highest level. I have recently felt like I could have a better grasp on things mentally. With that said, I will be stepping away from the football field for a bit to focus on my mental health.”

He went on to express gratitude to Bill Belichick, Robert Kraft, and the rest of the Patriots organization for supporting him.

Gordon was a splashy addition to the team this September, which he joined from the Cleveland Browns. He’s widely regarded as a tremendously talented player, but had missed parts of the prior four seasons for drug violations, and the terms of the trade stipulated that the Patriots would get a draft pick from the Browns if he was active for fewer than 10 games. Tom Pelissero, an NFL network reporter, indicated he was facing another suspension for substance abuse violations.

#Patriots WR Josh Gordon is facing another indefinite suspension for violating terms of his reinstatement under the substance abuse policy, per source. He announced today he’s stepping away to address his mental health.

Gordon was leading the team in receiving yards, per the Boston Globe. You can see the full text of his message below.

The Patriots have released a statement expressing their support for Gordon.

Statement from the New England Patriots on Josh Gordon: pic.twitter.com/tXmXrXVrJL