These Are Boston Magazine Staffers’ Favorite Stories of 2018

From a tale of the quixotic quest to pinpoint the roots of Cheers to an impassioned love letter to New England, here’s what we loved reading—and working on—this year. 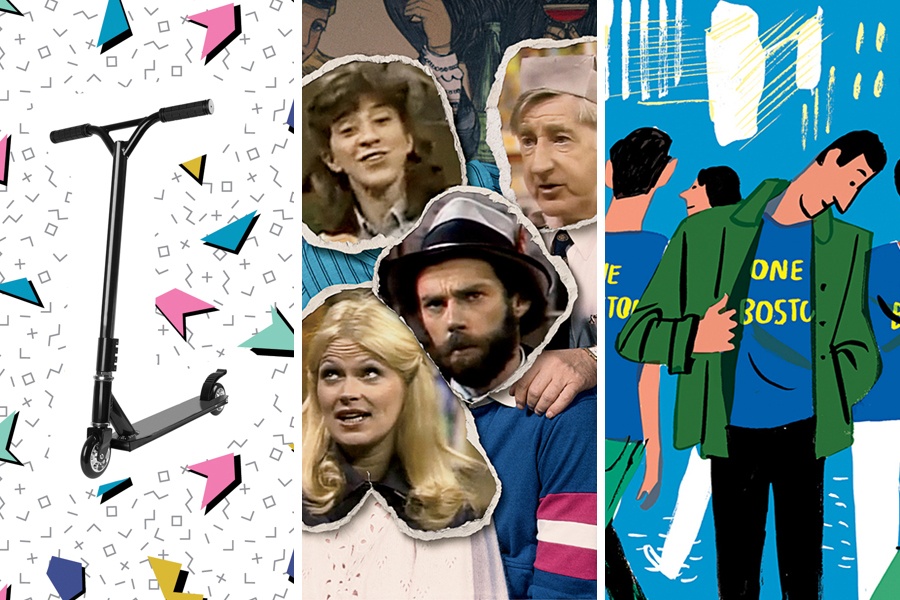 For better or worse, I can’t shake the memory of our deep dive into the region’s long and fraught relationship with rats. If you haven’t given this a read yet, prepare to learn in disturbing detail how to spot them, how to kill them with everything from blood thinners to dry ice, how they turn our storied parks into orgiastic lairs, and why, big picture, there is nothing we can do about them. There is also an anecdote in here about rats devouring a seagull that is burned into my brain for eternity, and now it’s burned into yours. —Spencer Buell, Staff Writer

When I first wrote about application deadlines for the Beverly, a workforce housing complex that was about to spring up near North Station, our readers went nuts. The chance to live in an all-affordable building in the heart of the city seemed too good to be true, but people applied anyway—more than 6,000 of them. That was last year, when folks still had a chance at living there. But this year, I was curious about the people who’d actually got in. Were they living the dream? (The dream, in this case, is being able to afford to live in this city.) A few of those lucky residents invited me into their homes to chat with them—and photograph them. I pulled back the curtain on a building that, for months, was the talk of the town. From some recent graduates to a retired couple, Beverly dwellers told me exactly how they ended up there. And it was fascinating. —Madeline Bilis, Associate Editor

I have to admit, I’m a sucker for urban legends, and so this was a story that sunk the hook in for me from the get-go. It had a great premise: What if the best-known show about Boston had cribbed from a brilliant, low-budget WCVB show that ran for two seasons? It was an idea that had circulated for years, but it seemed like the tapes—and any hope of settling the question one way or another—might had been lost to the churn of history. Dan McCarthy decided to find out for sure, just the kind of quixotic quest that resulted in a hilarious, insightful, and ultimately satisfying yarn that will surely stick with you. —Tom Stackpole, Senior Editor

Meet the Ladies Who Lager

On International Women’s Day in March, more than 25 Massachusetts breweries had ladies on their staffs lead the creation beers for the first-ever statewide Pink Boots Society brew day. The beers—all made with the same hop blend—came out this past spring and summer, with sales going back to the local organization that supports women in the beer industry with scholarships and educational opportunities. I previewed the Pink Boots brew day in an effort to help raise awareness of just how many women are working in the booming craft beer industry. A beer-loving PR director saw my story, and it inspired her to organize a Pink Boots tap takeover at Oak Long Bar. I attended, and was able to meet dozens of people in the beer industry who help make cool stuff like this happen. Incidentally, the second annual Pink Boots Brew Day is Friday, March 8, 2019. Breweries can sign up here. —Jackie Cain, Deputy Food Editor 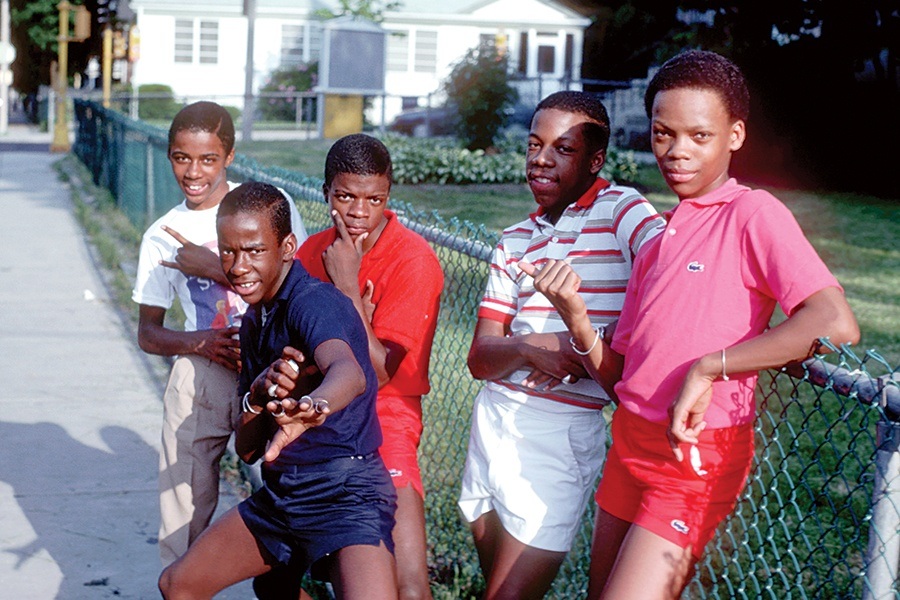 A snapshot of New Edition in the early ’80s. / Photo via Michael Ochs Archives/Getty Images for Why Doesn’t Boston Give New Edition Their Due?

Why Doesn’t Boston Give New Edition Their Due?

In the August issue, I really enjoyed our feature about New Edition, written by G. Valentino Ball. The band was a huge deal here in Boston, and his piece was a great meditation on their legacy in the city and the impact they’re still having on musicians around town. Boston is so known for sports and its universities, but it has also long been a place where all sorts of artists got their start, and the piece was a good reminder of that. —Lisa Weidenfeld, Senior Digital Editor

I love this story for a lot of reasons—it’s part history of Boston, part sharp cultural analysis, part memoir—but probably most of all because it really digs into the question of how we define Boston, and who gets to do that defining. It’s a question we talk about a lot here, and one that I think G. Valentino Ball handles with particular deftness. It’s also written, in parts, like a love letter to the band that was the soundtrack to his youth. Bonus points: It’s a great excuse to go back and relisten to jams like Candy Girl (still sweet, but not cloyingly) and Poison (still kills from the first riff). —Tom Stackpole, Senior Editor

We lost chef Andy Husbands’s South End neighborhood stalwart this year, but Tremont 647’s closing gave me an opportunity to flip through the physical, hard-copy, Boston magazine archives. Reading this story, from the 1997 Winter Restaurants issue, is a glimpse at how different opening a restaurant in Boston was 20 years ago—$4,500/month rent??—and yet how familiar the story is of struggling to raise capital, for example, or a last-minute issue with some kitchen equipment. —Jackie Cain, Deputy Food Editor

Eagle-eyed reporter Spencer Buell and a few other savvy Twitter users noticed an unexpected person lurking in the background of the MBTA’s press photos premiering a new Silver line route. Peeking out from behind since-departed MBTA GM Luis Ramirez was a person in a full bondage mask testing out the new buses. So Spencer looked him up and interviewed him, and that is why you can read an interview with transit activist and puppy play fan Pup Wilshire. Pup just wanted to talk transit and sex positivity, and I’m glad we could share his story. —Lisa Weidenfeld, Senior Digital Editor

Our New “Ask the Editor” Series

Deputy food editor Jackie Cain launched a new dining advice column this year: Ask the Editor. The idea is that you’ll go to Jackie with your most pressing questions about eating out in Boston, and she’ll skillfully guide you to the perfect spots. From finding hip mocktails to figuring out where to grab lunch near the city’s art museums, Jackie always knows. But she does more than just recommend restaurants—she wows me with her insanely in-depth knowledge of this city’s food scene, serving up tips and lots of thoughtful menu suggestions in a way that’s truly delightful to read. In conclusion, Jackie is so good. You have no choice but to listen to her. (Also, bring your dining conundrums to her here.) —Madeline Bilis, Associate Editor

In Defense of the Kick Scooter

The kick scooter (that is, the kind you power with your legs instead of electricity) has not gotten a fair shake if you ask me. It’s a perfectly good, if very much uncool, way of getting around a city, and yet almost no one rides them. So when e-scooters became the thing in transportation this year (thanks for that, Bird), I decided to spend a few weeks as a temporary member of Boston’s scooting community to put the O.G. to the test. Spoiler: I’m right. —Spencer Buell, Staff Writer 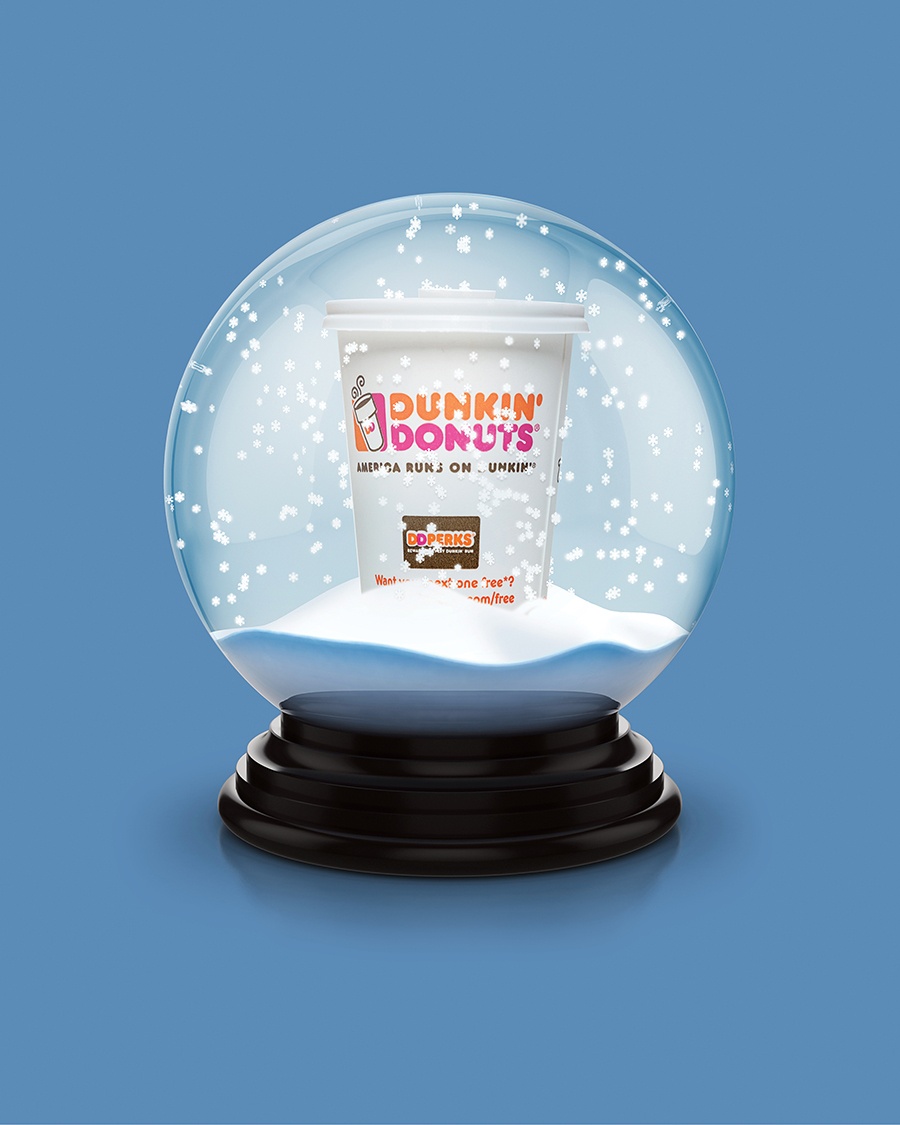 Illustration by Toan Trinh for Beauty Is in the Eye of the Beholder: An Expat’s Love Letter to New England

As a native New Englander, I always try my best not to take this incredibly beautiful, ever-charming region for granted. But sometimes, with so many lighthouses and clapboard Colonials clouding my vision, I can forget how special it is here. Joe Keohane’s love letter to New England makes me want to drop to my knees and scream “I LOVE YOU!” to a tree-lined back road during peak foliage. I could go on about how moving this letter is, but I think you should just read it for yourself—maybe with a cup of warm cider in hand. —Madeline Bilis, Associate Editor

Most journalists will end up writing an obituary or two over the course of their career, and it’s always a difficult task to separate your own feelings of mourning from the need to report the news. As difficult a task as it was, Jackie Cain was able to write this lovely remembrance of Anthony Bourdain. His death was a terrible shock, and I think it brought some comfort to people to remember all the sweet things he’s said over the years about getting his start in Provincetown. —Lisa Weidenfeld, Senior Digital Editor

Five Years After the Marathon Bombing, Is Boston Still Traumatized?

This is the kind of story that made me want to work in magazines—a writer finding a way to slice into a story that the whole city lived through and look at it from a new perspective. In this case, a question during a doctor’s visit sent writer Jason Clemence down the rabbit hole of trying to figure out how to feel about a his own near death experience when almost everyone in the city has their own version of that day. Is his version really special? And what bearing should that have on how he feels about the aftershocks that day have had on his life? It’s really a story about how normality does and doesn’t come back after something like the bombing, and how you make sense of that. —Tom Stackpole, Senior Editor

One of the things I love so dearly about this city is how it continues to find new and innovative ways to surprise and amaze. Take for example the saga of the Create Coral Reef, an art project floating in the Fort Point Channel featuring an undersea scene and giant octopus. In its first act, it sunk in high winds, a fate that required a rescue mission and scuba team. For act two, when it re-emerged on a sturdier platform, it likely saved the life of a man who jumped off the Summer Street Bridge into the ice-cold water, providing him multicolored shelter until he could be rescued. What a place. —Spencer Buell, Staff Writer

I love this story for a couple reasons. First, because of Toan Trinh’s photos of this super cool space. Second, because I do not think there are too many local breweries, thank you for asking, as every neighborhood has room for one. The Downtown Crossing area is a perfect location for a large and comfortable place to find a casual menu of simply prepared fare and inexpensive, crushable pints. Brighton is, too  Third, Democracy Brewing’s business model of worker ownership and community engagement is inspiring. —Jackie Cain, Deputy Food Editor

Gone but Not Deleted

We spent a lot of time this year dealing with new threats posed to us by the social media platforms we’re all helplessly addicted to. Just how many of our darkest secrets has Facebook figured out by eyeing our data? Will Twitter break our brains for good? And so on. But few, I’d guess, have thought about how much the internet complicates things when a someone dies, and what we’re supposed to do about the unusual version of loved ones that sticks around in whatever the Cloud is after they’re gone. Until you have to. This piece takes a deeply personal look at this problem and I’ve thought about it a lot since we published it. —Spencer Buell, Staff Writer

In the mood to kick back with some more #longreads? See our full archive here.