It's the first of 24 that will be added to the system by next fall. 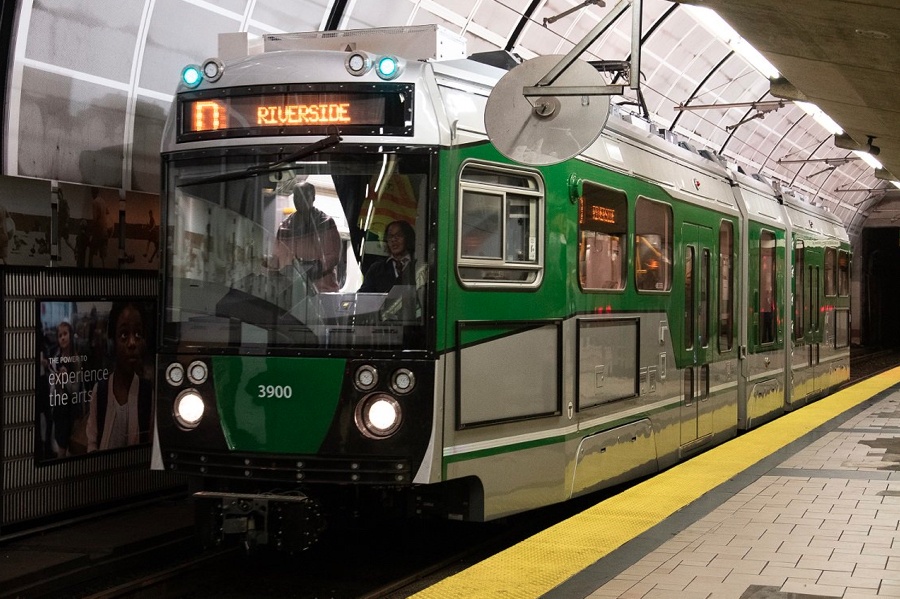 In an early Christmas present for Boston commuters, the first of the new Green Line trains went into service today, ferrying passengers on its maiden voyage from North Station. It’s one of 24 new trolleys that will be added between now and next fall, as part of an effort to prepare for the Green Line extension into Medford and Somerville.

If you happen to be lucky enough to step into one today, you’ll find a host of new features, like lower floors and a redesigned interior with 10 percent more room than the older models, as well as video monitors, automated ramps, and doors that slide open, which is intended to speed up boarding times. It’s also the nation’s first light-rail train car with Crash Energy Management Structural Design, meaning they’re built to better absorb the impact of a collision.

“The new Green Line trolley is a strong indication that our efforts to make core system investments are working,” Interim General Manager Jeffrey Gonneville, who is taking over after GM Luis Ramírez stepped down this month. “While this is only the first of 24 new cars, it’s a symbol of our efforts to focus the MBTA’s priorities around the needs of our customers.”

State officials gave the new train its big debut back in July, and you may have seen the Green Line testing out its new equipment at some point over the last several months. But Friday afternoon marked the first time a new train went into full regular service on the Green Line in 10 years.

On board the first revenue trip of the first new #MBTA Type 9 #GreenLine car! @universalhub pic.twitter.com/fimr9iNSoy

On board the new green line car! The first new rail car to be introduced in nearly 10 years. The @MBTA says it will improve reliability, capacity, safety and comfort. What do you think? @NBC10Boston pic.twitter.com/Fj2khSPqWV