Hoping to tour the JFK Library? You're out of luck. 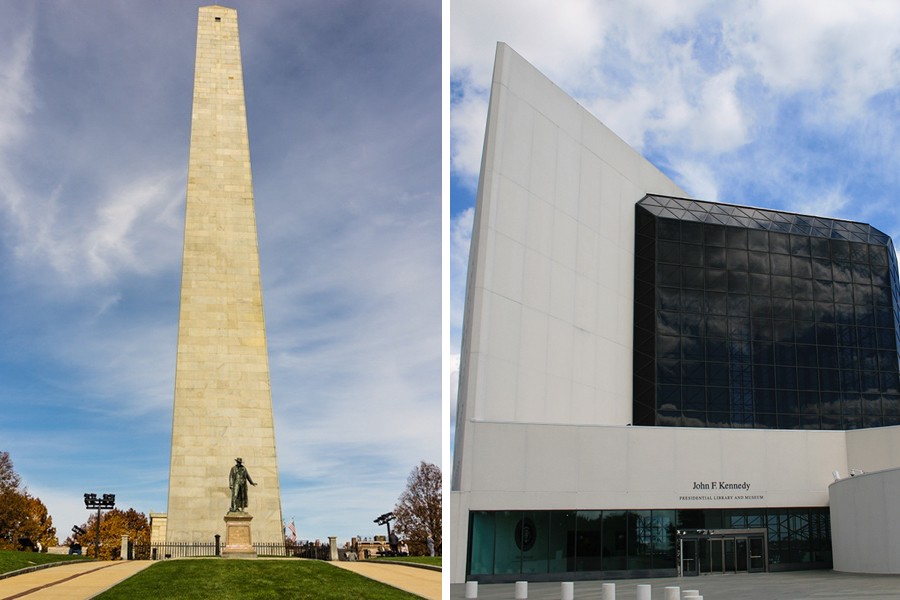 If you’re one of the 800,000 people who works for a federal agency impacted by it, you’re already feeling the effects of the partial government shutdown, which has stretched on into the new year. Maybe you’ve been furloughed, or maybe you’re working without pay.

For the rest of us, though, it’s not likely to disrupt the day-to-day. That is, unless you had a trip to the Bunker Hill Monument planned this week. The obelisk and its visitor’s center are among the handful of Boston-area sites that will be closed or not properly staffed until the government can reach a deal.

Fifteen national parks in Massachusetts, including the Adams National Historic Park in Quincy, have closed publicly available buildings or stopped providing resources like restrooms and trash maintenance—a situation that elsewhere in the country has led to some, uh, not great results.

The JFK Library has also shut its doors. Visitors who didn’t get the memo and showed up anyway over the holidays were greeted by an empty parking lot and a sign taped to the door: “Due to a lapse in federal funding, the John F. Kennedy Presidential Library and Museum is closed,” it reads, according to a report in the Globe.

Due to the government #shutdown the JFK Presidential Library and Museum in Boston is closed.
People who planned to visit say they’re disappointed. pic.twitter.com/rIrLaABZYA

Much of the Charlestown Navy Yard is also temporarily off-limits, although the USS Constitution will remain open, as not even a government-disrupting shutdown over a pointless border wall can take “Old Ironsides” down.

The Museum of African American History is also still open, but ranger-guided tours of the Black Heritage Trail are not available.

During the federal government shutdown, we will not monitor or update social media. @MAAHMuseum will be closed through 12/25 and will REOPEN on 12/26 with normal hours. For more information, see https://t.co/Q2UtslJUnJ pic.twitter.com/RUBXc8gC6R

Other historic sites in Boston are still very much in business. The National Park Service is assuring visitors that landmarks like the Old South Meeting House, the Old State House, and the Revere House, will stay open, too. The full listings of impacted sites is available on the NPS website.