That Boston Fire Department Report on Women Is Not Enough, Advocates Say 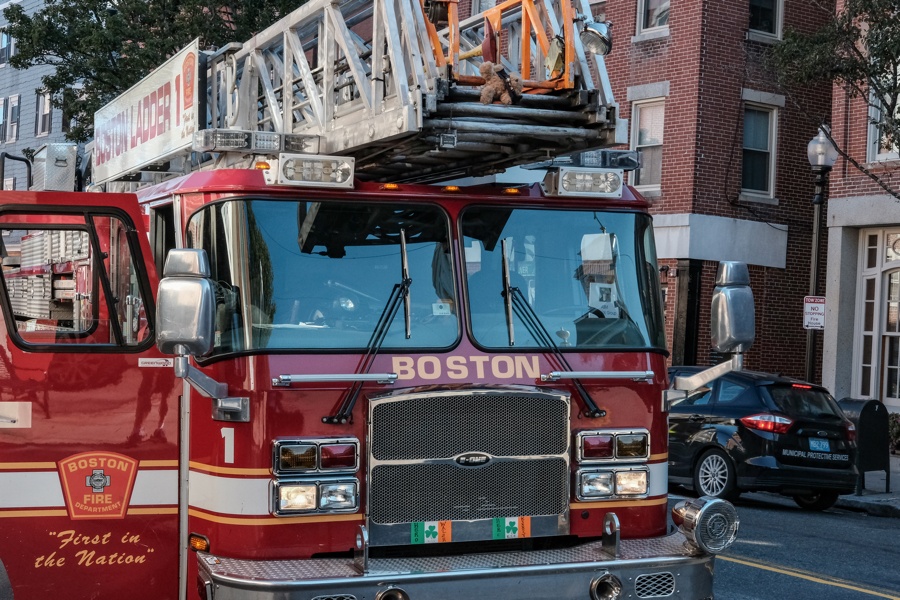 A new city report on the “male-dominated” work environment at the Boston Fire Department officially acknowledges the problem, in a force of 1,500 that has only a handful of women (a shockingly low 16), and has seen several allegations of inappropriate behavior. But many say it’s not enough.

The probe run by an outside counsel found “the lack of a critical mass of female firefighters results in a male dominated department with male banter/’locker room talk’ frequently occurring in firehouses without a regularly assigned female firefighter.” It raised eyebrows for its use of that particular Trumpism— given the history of that phrase—to describe male firefighters’ behavior. And there was little in it that hasn’t been public before.

Boston Mayor Marty Walsh has said he will pursue the 21 recommendations in the report, including new training for firefighters and legislation to create a fire cadet program, which would aim to fast-track more women into roles.

But critics are blasting it as old news, and calling on Walsh and city officials to make moves on a plan to address the problem on a system-wide basis, now. One female firefighter called the $126,500 report inadequate and “ridiculous,” reports the Boston Globe, which also printed criticism from City Councilor Andrea Campbell and U.S. Rep. Ayanna Pressley. As the Globe reporter Meghan E. Irons noted on Twitter, even a former Boston Fire chief chimed in, sounding skeptical.

We have waited too long to take meaningful steps to increase diversity in public safety departments, such as creating a BFD cadet program, which @LinehanBill and I pushed for years ago. This report confirms we have lots of work to do. #Bospoli https://t.co/NHUtMOkspF

The city launched an investigation in May, after women aired concerns about being mistreated and abused by male colleagues in the Globe. In one case, firefighter Dave Sanchez is now facing charges after a woman reported he assaulted her in a Jamaica Plain firehouse. There were stories of female firefighters ostracized and demeaned by their peers, with whom they work and even sleep in close quarters while on the job.

In a statement Wednesday, Lawyers for Civil Rights fumed that it’s been arguing for the same things identified in the report for years. It “calls on Mayor Walsh to do more than make empty promises,” the group says. “Rather, we demand a comprehensive implementation plan that identifies a specific timeline for the drafting and introduction of a bill to the State House and a description of the advocacy that will support said bill.

“Words alone are no longer enough to appease the public into believing that diversity in public safety agencies is a priority for this city.”

Speaking to city councilors on Wednesday, Walsh assured officials he was taking the report “very seriously.”

“I know that today there was some conversation about how this happened before in the past and nothing has been done. That was a different era—a different elected body, a different city council, a different mayor’s office, a different commissioner,” Walsh said. “I look forward to working with each and every one of you directly and through the president’s office to address the concerns of our female firefighters and of all our public safety officials in the city of Boston.”