Brace Yourselves: Plans for an Eight-Year Overhaul of the Mass Pike Are Here

MassDOT has announced its vision for the Pike and Soldiers Field Road in Allston. 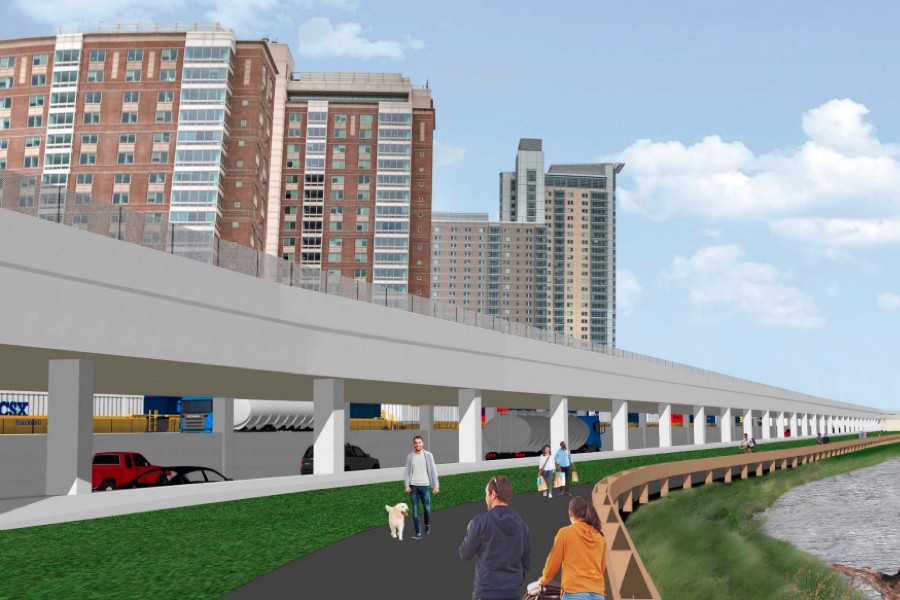 The future of the Mass Pike has just gotten a lot more clear, as MassDOT is unveiling plans for a major overhaul of a critical section of the highway in Allston. The agency’s vision for the so-called “throat” segment along the Charles includes moving the Pike to ground-level and lifting Soldiers Field lifted onto a new viaduct above the highway.

In the long-term it means a smoother path for the more than 150,000 drivers entering the city daily via that section of highway, as well as more green space, better access for bikes, and, some day, a brand-new stop on the Commuter Rail.

We will have to build the thing, though—a feat that promises to be long, disruptive, and expensive. But worth it, officials say.

Transportation Secretary Stephanie Pollack says the design, one of several considered by office “best balances the present-day and future mobility needs of all users, and protects and enhances as best as possible the natural and historic resources and public realm of the Charles River Basin and neighboring Allston community.”

Alternatives included keeping the Pike on an elevated viaduct or having both roadways at ground-level along the Charles. But this one, according to an announcement from MassDOT, will

Pollack on Thursday warned that the project will require “a long and complicated construction period that will disrupt travelers, whether they are in cars or trucks, on commuter rail, or walking or cycling on the Paul Dudley White Path.”

Also included in the forecast for the project is the much-anticipated new stop on the Commuter Rail’s Worcester Line, called West Station. First announced in 2014, the plan is for it to be built in partnership with Harvard, which is eyeing development in the area. Pollack said the construction team will work with the MBTA to sort out how quickly a new station can be built, and whether work can begin while Mass Pike construction is underway.

It’s not clear how much all this will cost or when the dreaded road closures might begin. MassDOT expects to hire a contractor by the end of 2020, meaning work might begin in 2021 at the earliest, and the agency’s best estimate is construction will take eight years.