The Great Boston Molasses Flood, By the Numbers

A closer look at the tragedy, 100 years later. 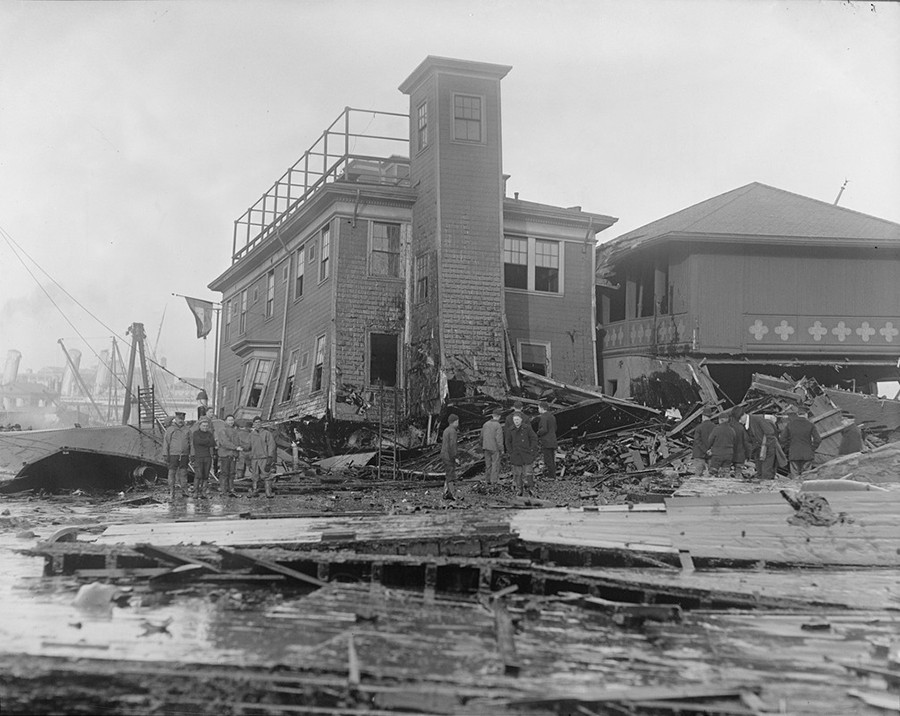 When the tank burst, it released 2.3 million gallons of molasses.

The explosion sent waves of molasses reaching 15 feet tall through the streets of the North End.

The waves flowed at 35 miles per hour.

The tank, which stood 50 feet tall, shot rivets flying in all directions upon collapsing.

21 people died in the disaster.

About 150 more people were injured.

The flood caused $100 million in damage in today’s money.

After the flood, the tank’s owner, the United States Industrial Alcohol Company, was named in 25 lawsuits.