State Rep. Paul McMurtry allegedly grabbed a woman's behind at an event. 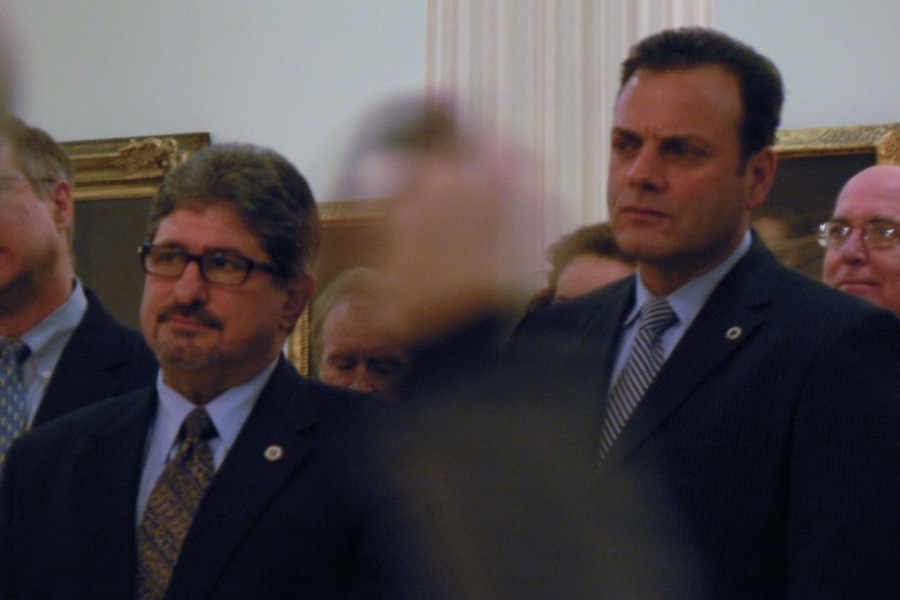 Paul McMurtry, right, is accused of grabbing a woman’s behind at a State House event. | Photo via State House News Service

As Beacon Hill continues to grapple with what women have described as a culture that looked the other way in the face of harassment and inappropriate behavior, a high-ranking state rep is now accused of groping a female colleague.

According to a bombshell report in the Boston Globe, a woman in state government alleges that Rep. Paul McMurtry of Dedham grabbed her behind at an orientation event. An ad hoc committee is investigating whether to pursue the allegations further, McMurtry, who served at the time of the alleged incident as head of the House Committee on Personnel and Administration and is considered part of House Speaker Robert DeLeo’s inner circle, denies the allegations, calling them “absolutely, positively, unequivocally not true” and said he would “participate in any review” of the incident.

Two lawmakers tell the Globe that the woman, who has not been identified publicly, told them McMurtry grabbed her during a cocktail reception at UMass Amherst. A third lawmaker claims she witnessed the alleged groping.

DeLeo reportedly heard rumors of the alleged misconduct and referred the matter to House counsel and it has since been referred it to an outside consultant.