She joined Ed Markey, Ayanna Pressley, and others at a union rally. 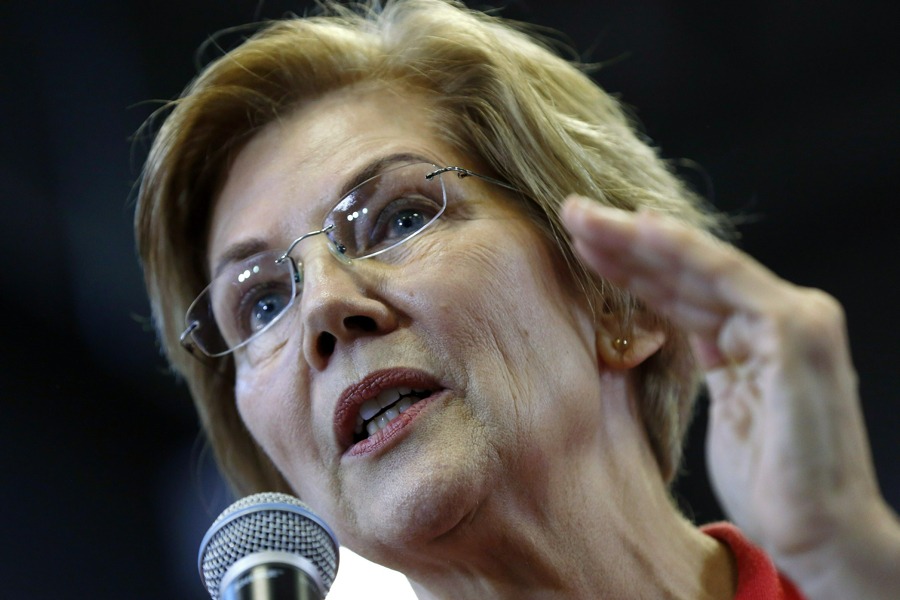 Elizabeth Warren, fresh off the 2020 campaign trail, stopped by Boston’s Logan Airport Monday to join rallying airline workers and call on Trump to end the partial government shutdown that has left hundreds of thousands without paychecks.

“Washington has failed you,” she said at a Martin Luther King, Jr. Day event at the airport, in support of workers there who are going unpaid. “It has cut taxes for millionaires and giant corporations. It has put collective bargaining on the chopping block, and now it has stolen the hard-earned paychecks of our federal workers and contractors.”

She implored the airport staff to “send a message to Donald Trump: Open our government, pay people for their work, respect our workers.”

“Open our government and pay our people for the work they do,” –@SenWarren standing with Logan Airport against FSS wage theft and the #governmentshutdown for #MLK2019 pic.twitter.com/ofD3PuRbqt

About 800,000 federal employees are working without pay nationwide, including 8,200 in Massachusetts, until the president and Congress can agree on a deal to resume funding for the government. Among those working for free at Logan right now are maintenance staff, air traffic controllers, and TSA agents—although Massport has told media that the airport has not seen security employees calling out at the rates seen in some other cities.

Warren in her speech also addressed Trump’s offer announced this weekend of a three-year reprieve from deportation for immigrants protected by DACA and TPS holders in exchange for $5.7 billion in border wall funding.

“President Trump is holding the paychecks of 800,000 people across this country and 8,200 federal workers right here in the Commonwealth of Massachusetts,” she said. “He is holding every one of those paychecks hostage. And I know that includes many people who are here today. This shutdown is not about border security. This latest so-called deal is about stirring up hate and division, and now the president wants to use Dreamers and TPS recipients as bargaining chips—the same hardworking people whose protections he single-handedly took away.”

Warren was joined at the event, organized by the property services union 32BJ SEIU, by Sen. Ed Markey, Rep. Ayanna Pressley, and City Councilor Lydia Edwards, among other local figures. Earlier in the morning, Warren and others spoke at an MLK Day Breakfast at the Boston Convention and Exhibition Center.

.@32BJSEIU in solidarity with you always. I’m infuriated about the hardship you’re facing because of this #trumpshutdown but honored to stand with you today & everyday. It’s time for @senatemajldr to bring a vote to the floor, end this manufactured crisis& let us get back to work pic.twitter.com/h2ZqzEFNaH