Girlfriends, Neighbors Paint a Disturbing Picture of Victor Pena’s Past

The man charged with kidnapping 23-year-old Olivia Ambrose had a violent past. 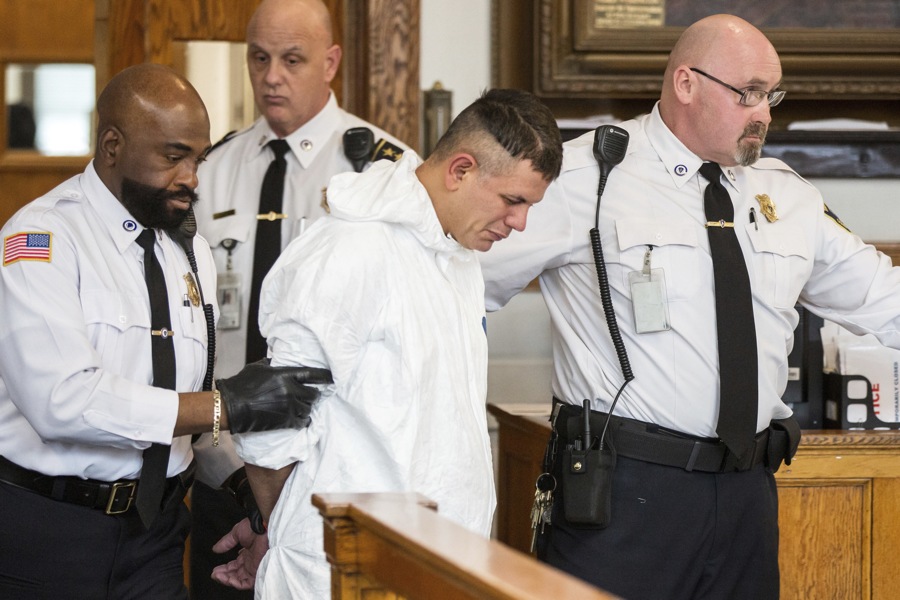 Victor Pena, center, appears at the Charlestown Division of the Boston Municipal Court in Charlestown, Mass., Wednesday, Jan. 23, 2019. Pena, who has been charged with kidnapping a 23-year-old woman in Boston has been ordered to undergo a mental health evaluation and will be held without bail. (Aram Boghosian/The Boston Globe via AP, Pool)

Long before Victor Pena allegedly kidnapped Boston 23-year-old Olivia Ambrose and held her against her will in his Charlestown apartment for three days, those close to the suspect say he showed signs of violence. In the days since police arrested Pena, ex-girlfriends, neighbors, and others who crossed paths with the 38-year-old are describing threats and erratic behavior dating back more than a decade and a half.

Pena is in the midst of a court-ordered 20-day mental competency evaluation at Bridgewater State Hospital before he is due back in court February 11. Pena’s brother tells the Globe that Pena has a diminished mental capacity stemming from brain damage he sustained as a child.

The alleged kidnapping wasn’t the first time Pena faced accusations of violence with women. In an interview with the Boston Herald, an ex-girlfriend who dated him in 2012 described Pena as “a very dangerous person,” and said he had on one occasion used an unauthorized lock he installed on his apartment door to trap her inside. She filed for a restraining order against Pena after the two separated, citing physical and verbal abuse, including “humiliating and sexual messages” left on her Facebook page.

Earlier, in 2004, another woman in an application for a restraining order accused Pena of sexual assault and wrote that her children were afraid of him. “He has hit me, he has forced me to have sex, and he has insulted me constantly,” she wrote, according to documents obtained by the Boston Globe. She said he had called 10 times a day, left threatening messages, and yelled insults outside her home while her children were home. Another woman, the Globe reports, also sought and received a restraining order after violent behavior that included grabbing her neck and once refusing to let her leave an apartment, forcing her to escape through a bathroom window. 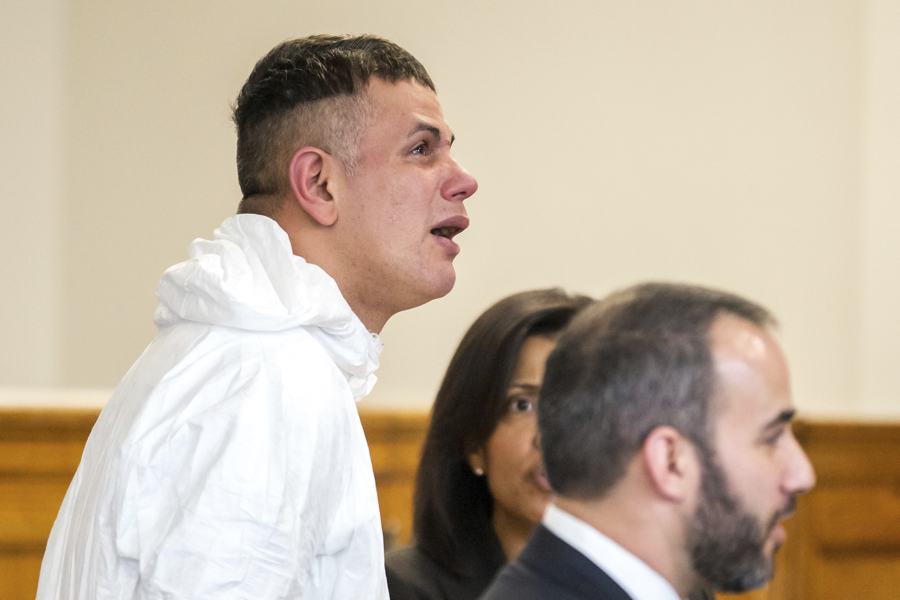 01/23/2019 CHARLESTOWN, MA Victor Pena, was arraigned on kidnapping charges at the Charlestown Division of the Boston Municipal Court. Pena is accused of kidnapping Olivia Ambrose. His defense attorney Joseph Perullo (right) and an interpreter stood by his side. Photo via AP by Aram Boghosian for The Boston Globe)

Neighbors on Walford Way in Charlestown also described Pena’s “bizarre” behavior, including loud music and banging noises from his apartment. One told CBS Boston she “saw him throwing his feces out of his second story window,” the station reports. Others said he had on several occasions followed, catcalled, and frightened women in his neighborhood. Police say neighbors recognized photos of Pena that had been shared on social media when he was a “person of interest” in Ambrose’s disappearance.

He had several interactions with Transit Police: A woman accused him in 2009 of trying to look up her skirt, and a TPD officer once intervened when he was “sitting suspiciously close to two girls on the platform,” CBS’ I-Team reports, also noting a 2004 arrest after hitting a man at the Pine Street Inn homeless shelter.

Several Facebook accounts that appear to be run by the alleged kidnapper also contain some unusual posts. In one from Christmas Eve of last year, he shared a photo of three rats killed in traps he had set, making note of the traps’ brand name: Victor.