BPD to Boston Students: Don’t Do Anything Stupid This Super Bowl

Commissioner William Gross wants everyone on their best behavior. 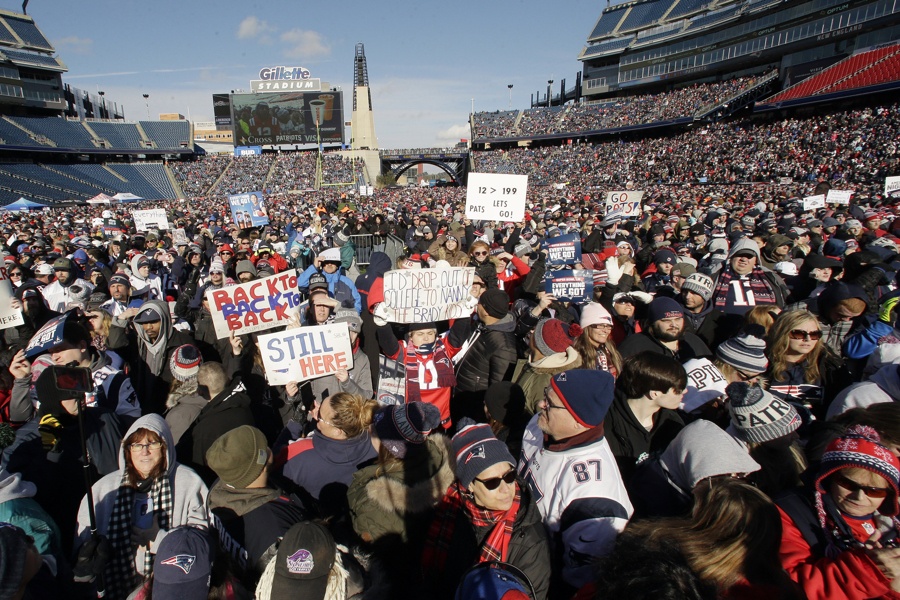 As is now tradition for a city that has seen its fair share of champion teams in the last few years, Boston police are urging students to take it easy this Sunday, when the Patriots head to the Super Bowl.

In a letter to the city’s many undergrads, Boston Police Commissioner William Gross reminded them that there is a right way and wrong way to celebrate. BPD will have additional patrols on the street, he says and will remain in touch with local colleges in case you do anything stupid.

“Any student behaving in a way that warrants the intervention of police because of misconduct will have their name turned over to the respective Dean of Students for appropriate discipline,” Gross writes.

In an effort to squash any riot-like behavior before it can get started, police will once again institute traffic and pedestrian access restrictions as the game gets underway, including in areas most likely to fill up with rowdy college-age revelers such as Brighton, Kenmore Square, and the areas around Northeastern, Faneuil Hall, and North Station. Once again, Kenmore will be closed to traffic after the third quarter of the game.

In recent history, Boston has mostly kept its cool after big championships. Police reported only one arrest as fans flooded the streets this fall to celebrate the Red Sox World Series win.

“Boston and its surrounding communities are fortunate to have exceptional athletic teams and the most loyal and enthusiastic fans. It is our hope that you enjoy the festivities and celebrate in a safe and responsible manner,” Gross writes. “Keep in mind that you all play a role in our effort to ensure that the City of Boston is a shining example of stellar sports teams and their fans! Go Pats!”

By the way, if you’re a real Pats fan, we advise you to prove it by taking our ultimate Patriots quiz.