It’s Official: The MBTA Wants to Replace the Mattapan Trolleys

A new plan it prefers would see the antique trains swapped for slick new ones. 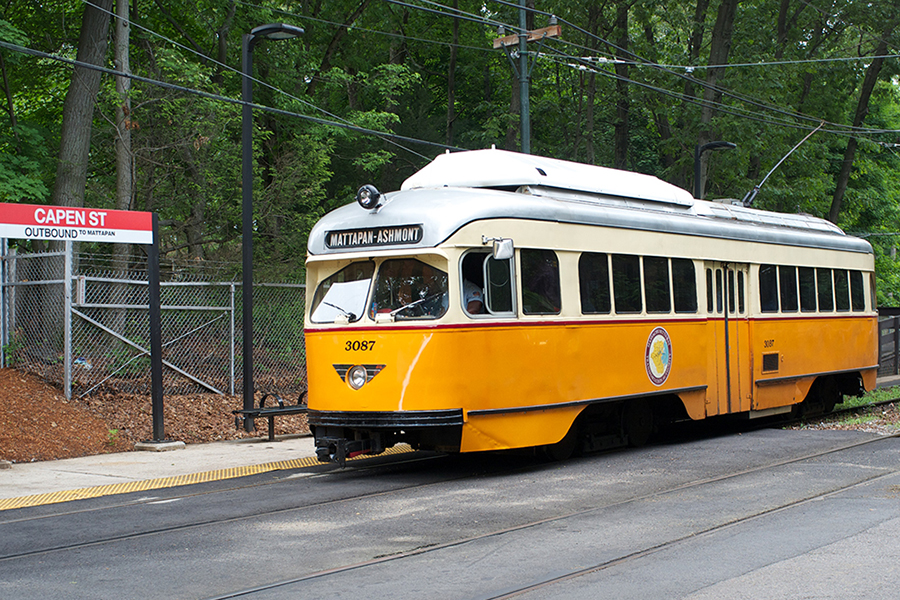 After years of speculation about the fate of the Mattapan trolleys, beloved for their antique charm, the MBTA has a plan to replace them with Green Line-style cars in a decade or less.

A proposal unveiled Monday indicates “a preference toward replacing” the orange-and-cream colored trains which famously can require parts to be made by hand or sourced from museums, according to the Dorchester Reporter. Other options include refurbishing the old trains or replacing the whole thing with buses. A final vote has not been taken and isn’t expected until this summer.

If approved, a replacement plan would see the trains—which date back to the 1940s and are known as Presidential Conference Committee trolleys—shelved in favor of a handful of the slick new ones that have begun entering service on the Green Line. A long-term effort to renovate the line envisioned by the T would cost $200 million over a decade.

There are more problems plaguing the system than the rickety and ancient trains, though. A new study published in January pointed to the need for repairs to tracks, switches, bridges, wooden rail ties, and other infrastructure along the 2.5-mile stretch south of the Red Line serviced by the trolleys, including a dilapidated maintenance facility.

So it looks like fans of a unique corner of the MBTA may have a limited time to appreciate the iconic trolleys before they’re taken off the tracks for good.