The AG talks about her plans for higher office, Trump’s terrible golf swing, and why she loves Law & Order (the show, obviously). 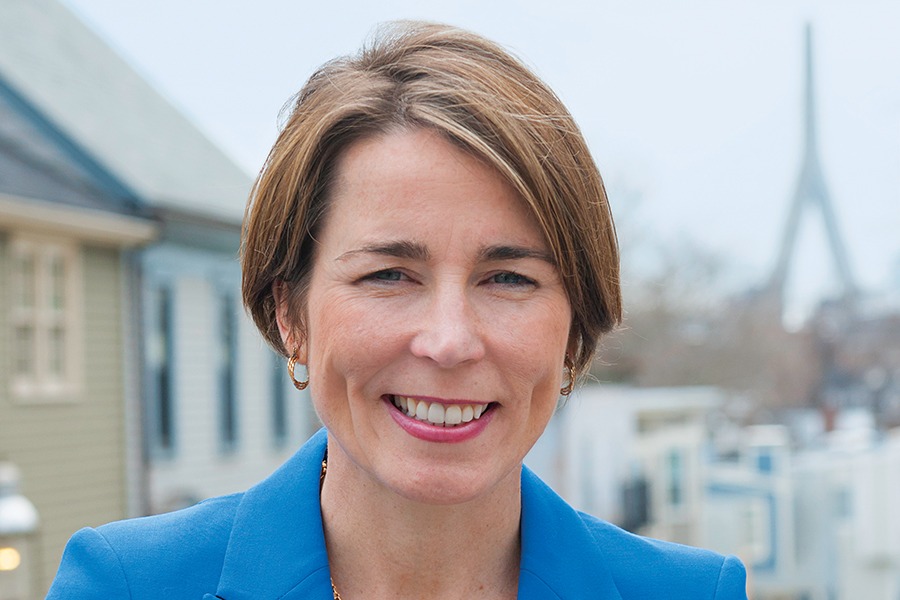 Ever since the never-back-down attorney general’s very first run for political office in 2014, when the former pro basketball player charged out of nowhere to thrash her rivals, Maura Healey has shown a gusto for taking down imposing opponents—and making people love her for it. Now, as she kicks off her second term, she’s become so popular that there’s talk about whether she should take a shot at replacing Governor Charlie Baker. But Healey has decided to stay put, at least for now, content to go toe-to-toe with the White House, big pharma, and ExxonMobil. On a recent Friday morning, she sat down in her 20th-floor office at the McCormack Building in downtown Boston to share what’s on her mind (and no, she did not spin a basketball on her finger for us).

You played a lot of basketball when you were a student at Harvard and professionally in Europe. What lessons did you learn from playing the game?

Oh, so many. You learn teamwork, you learn discipline, you learn how to fail.

What was your best shot?

Aside from Republican Charlie Baker, you’re the most popular politician in the state. To what do you owe that?

I try to connect with people—what their concerns are, what they’re worried about, what they’re stressed about at night for their kids, for their family, for their aging parents. We’re in the business of people and trying to make people’s lives better.

What’s been your proudest accomplishment so far as attorney general?

Two things. One is running an office that’s been able to do work across a number of different areas, particularly with everything that we’re dealing with from the Trump administration, and to do it well, and to lead on issues that are of concern in Massachusetts. I’m also proud of our success in defending the strong gun-control laws that we have here, sometimes in the face of pretty vitriolic efforts to criticize me and the office, including challenges to our actions by the NRA.

Your office has made headlines going after the president. As a state AG, why dedicate your resources to that end? Is it the best bang for the buck?

One of my jobs as the people’s lawyer is to hold the Trump administration accountable when they do things that are illegal and unconstitutional and hurt Massachusetts interests—our people, our economy, our businesses. It’s why we filed the actions that we have on everything from student lending practices, to environmental regulations, to defending access to healthcare, to standing up for the DACA [Deferred Action for Childhood Arrivals] program and fighting the travel ban.

Rachael Rollins, the new Suffolk County district attorney, says she won’t seek charges against first-time offenders for 15 lower-level crimes because they too often begin a downward spiral of involvement in the criminal justice system. Could you see circumstances where somebody shoplifts, for example, but they’re not prosecuted?

Absolutely, particularly when we’re talking about young people who show bad judgment maybe for the first time. I think that’s really important, particularly when you look at the opioid crisis and what’s happened with the failed war on drugs through this country’s history. We’re not going to arrest our way out of certain systemic problems, and jail or prison oftentimes is not the best place for a person when treatment or rehabilitation or counseling for trauma-informed violence, for example, are the better course.

You know, I’m focused on the work I’m doing right now. I work with a great team here and I want to continue to do what we’re doing. But I guess anything is possible. We’ll see.

Since 1990, four attorneys general have run for governor—Martha Coakley, Tom Reilly, Scott Harshbarger, and Frank Bellotti—and lost. Why can’t AGs get elected to the corner office?

You’re often going up against powerful interests, powerful people. The job demands calling the balls and strikes and standing up for the interests of people. And sometimes that doesn’t win you many friends.

You’ve mentioned that all the kids in your family had paying jobs starting at 14. What was the worst job you ever had?

I was a cocktail waitress at the Hampton Beach Casino through college, law school, and beyond. It was a great job, but at the end of the night, we’d have to clean up all the tables and that was during the time when everybody could smoke. You had these plastic black ashtrays, and you’d have to dump everything out and then wipe them out. That wasn’t very pleasant.

I’m a politician, Colman. You think I’m going to answer that?

What book are you reading now?

I’m reading a couple. One is The Color of Law by Richard Rothstein, which is about the way law has been used to disadvantage and discriminate on the basis of race and socioeconomic status. I’m also reading A Gentleman in Moscow by Amor Towles, and I just finished Celeste Ng’s book, Little Fires Everywhere.

Favorite movie of all time?

I don’t like this question. I don’t have one. I usually say Caddyshack, which I do like.

I know you once played a game of H-O-R-S-E with Charlie Baker. Who else would you like to take on?

I’d love to challenge Donald Trump on anything, any sport, anytime, including driving a golf ball. He has terrible form.

Morning routine: eggs and coffee or yoga and yogurt?

In late 2017, a Suffolk Superior Court judge ruled that law enforcement agencies had to fulfill public records requests for mug shots from police who have been arrested and for police incident reports about public officials who have been caught breaking the law. You’re appealing that decision. Why?

We just want to have clarity from an appellate court on this. The important thing here is that the law be applied evenly. Just because you’re a government official or a police officer, you should not be treated differently. Now we’re going to get a ruling from the appellate court on that.

What’s a top priority for this term?

I’m very interested, invested, and involved in litigation against Purdue Pharma, the manufacturer of OxyContin. We were the first office to name not only Purdue Pharma in a lawsuit, but to actually sue the officers and directors who we believe knew what the sales of OxyContin were doing. They basically put profits ahead of people. [Purdue Pharma denies the allegations.]

Why did you oppose the 2016 ballot question that legalized the adult use of marijuana?

I supported decriminalization and I supported medical marijuana. I had concerns about legalization of recreational marijuana, particularly what effect it was going to have on the use, and potential pervasive use, by young people. I still have those concerns.

What was your biggest takeaway from the 2018 elections?

People who hadn’t been in politics before ran grassroots campaigns and won, making for a more representative democracy. That was really exciting to me.

Were you surprised that Michael Capuano lost his congressional seat?

No. I supported Ayanna Pressley, and I thought that her message and her record and her energy were going to resonate with the Seventh District.

The common wisdom was that their positions weren’t terribly different.

What’s the most stressful part of your job?

It’s probably staying on schedule. You have your agenda planned, and all of a sudden you end up with a president threatening to cut off Medicaid funding or taking away discharges of student loans, and you have to run into court to deal with it.

Do you ever kick back at home and watch an episode of Law & Order?

Oh, I love Law & Order, all of them. I like crime shows. There are some that are just ridiculously unrealistic. I remember after school I used to rush home and watch Magnum, P.I. and CHiPs and eat Suzy Q’s.

Wave your magic wand and pass or abolish any law—what would it be?

Right now, as I sit here, remove Donald Trump from office and put an adult in charge.