A week after his arrest, the alleged kidnapper's haunting social media presence lives on. Are we stuck with it? 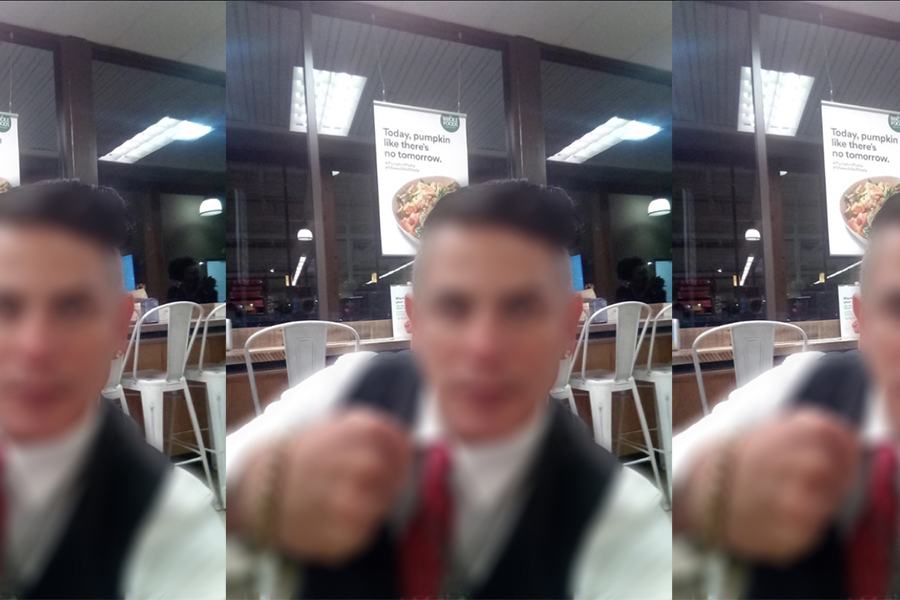 There’s a lot about the Olivia Ambrose kidnapping case that sticks in my mind—the suspect’s past episodes of violence with women, the details of the moment police found her alive—but a handful of photos in particular are wedged in there pretty good.

One shows Victor Pena, the man who is now charged with the crime, dressed in a vest and red tie at what appears to be a Whole Foods, staring into his smartphone camera with his giant fist cocked. Another is a picture of three dead rats, with a caption noting the name brand of the traps he’d used to kill them: “Victor,” just like him.

The images are right there on Pena’s Facebook pages (for whatever reason he had nearly a dozen of them), which in the days after his arrest have become a sideshow: a venue for people to vent their rage about his alleged crime, and a too-intimate portrait of his life and state of mind in the time leading up to it. On them, you can find posts that hinted at his loneliness, a viral video he shared about how dramatic young girls can be, a picture of a car and a stack of cash that clearly aren’t his.

For some reason I can’t help but scroll through it all, but part of me wishes it would just go away. He can’t actually access the accounts while he’s in state custody, so he won’t be posting selfies or sharing stories about ghost rapists any time soon. But unless Pena decides to get someone close to him to delete the accounts, we’re stuck sharing space with him on our phones. It just feels… wrong. Isn’t the situation disturbing enough, without digital versions of an obviously unwell man idling on social media a few taps away?

There isn’t a clear reason to boot him off involuntarily. A spokeswoman for Facebook tells me there are a few scenarios that trigger a ban from the platform, none of which appear to apply here. It’s now company policy, for example, to remove the accounts of people named terrorists and mass shooters after police identify them as such, even if it’s sometimes not great at doing this quickly enough. Also banned from the site are serial killers, members of “organized hate” groups, human traffickers, and gangs, and so are posts and pages glorifying those groups. Interestingly, Facebook does not specifically ban people convicted of one murder (Facebook tells me murderers’ accounts are assessed on a case-by-case basis), but the policy says people who commit “two or more murders over multiple incidents or locations” are deemed serial killers, so are kicked off.

There’s no specific Facebook-related restriction for kidnappers, unless three or more people are involved, in which case it counts as working with a criminal organization. Or if it results in a person being added to the sex offender registry—which, in cases where a trial is involved, might take years.

If anything, Pena might ultimately lose access to his accounts for a more mundane reason: Facebook technically does not allow users to run more than one at a time, a rule he seems to have broken.

If Pena ends up behind bars, we likely won’t be getting any new updates from him on Facebook, as Massachusetts prisons do not allow inmates to use social media or the internet. That’s also the case at Bridgewater State Hospital, the state’s prison for men with mental illness, where Pena is undergoing a three-week evaluation. Facebook also routinely deactivates accounts linked to inmates when asked to do so. For what it’s worth, some prison advocates have argued that inmates’ access to social media shouldn’t be restricted at all.

In the meantime, with nobody at the wheel, Pena’s Facebook pages have been flooded with the kinds of messages you might expect: hundreds of insults he may never read (“Rot in Hell you piece of shit”), threats of violence that can’t be carried out (“Hey Douche Bag come to RI and I’ll show you how to act”), the usual jokes about sexual assault that may await him if he is sent to prison (“They’re gonna love you in jail!”), and calls to “build that f*cking wall!!!!!!” (Pena was born in New Jersey and grew up in Puerto Rico). Some who flocked to his accounts shared claims the kidnapping was linked to a human trafficking ring in Cambridge, helping fuel a rumor that spread so quickly police had to debunk it publicly.

It’s all a big frothing mess, it’s pretty unhelpful, and it’s probably not healthy. And yet there it all is. Consider it another strange new problem for our intensely online culture to sort out, like how to deal with the digital remnants after someone dies: What happens when someone is accused of a heinous crime and becomes an overnight pariah? Should their social media likenesses keep living among us even after they themselves have been locked up?

At least for now, Pena’s will.