President Bill Weld? A Report Said He Would Announce Soon

Will he run as a Republican? 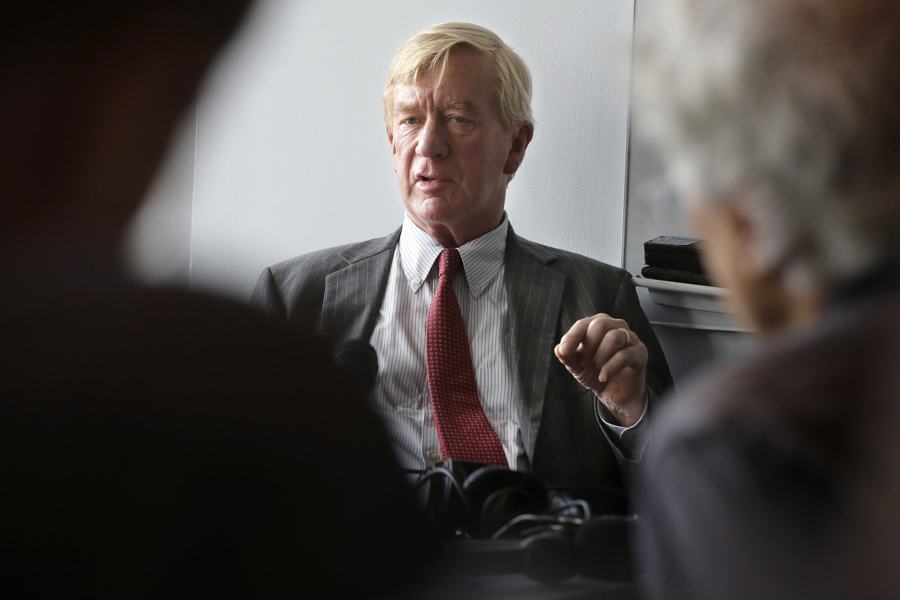 Update: Weld is now denying a report from WCVB that he had imminent plans to announce a run for president as a Republican, telling the Boston Globe that it is “not correct.” The Globe suggests he’s more likely to fill us in on his plans in mid-February.

Earlier: You never really know with Bill Weld, the libertarian and former Governor of Massachusetts. But a new report says the unpredictable and perpetually reincarnated politician, will announce a run for president in 2020 as soon as Thursday—as a Republican.

WCVB’s Janet Wu has the scoop, reporting Wednesday night that big news, possibly about forming an exploratory committee, could be coming at any moment.

Weld also had a presence in the 2016 election, serving as running mate to Gary Johnson during Johnson’s doomed third-party run for president. Weld notably spent much of that campaign supporting Johnson’s candidacy but conspicuously urging voters to just vote for someone who wasn’t Donald Trump.

Before that, Weld served as Massachusetts governor from 1991-1997, leaving the office to take a job as the U.S. Ambassador to Mexico—an appointment that was ultimately blocked. An attorney and political strategist with the powerful Boston firm ML Strategies, he last year joined the board of Acreage Holdings, a cannabis company that also hired former House Speaker John Boehner.

There had been signs last year that Weld might be eyeing a 2020 run on the Libertarian ticket, and he had said in public that he would stick with the party.

But Wu reports that if he does throw his hat in the ring it will be in a direct challenge to Trump for the Republican nomination.

Others have hinted they might do the same. John Kasich, for example, once said he was “very seriously” considering a 2020 bid. Another Beacon Hill alum has also appeared on presidential shortlists: Mitt Romney. The former governor, though, has said he was open to endorsing a republican primary challenger but has insisted it won’t be him.