While the T debates another fare hike, the city councilor says there shouldn't be fares at all. 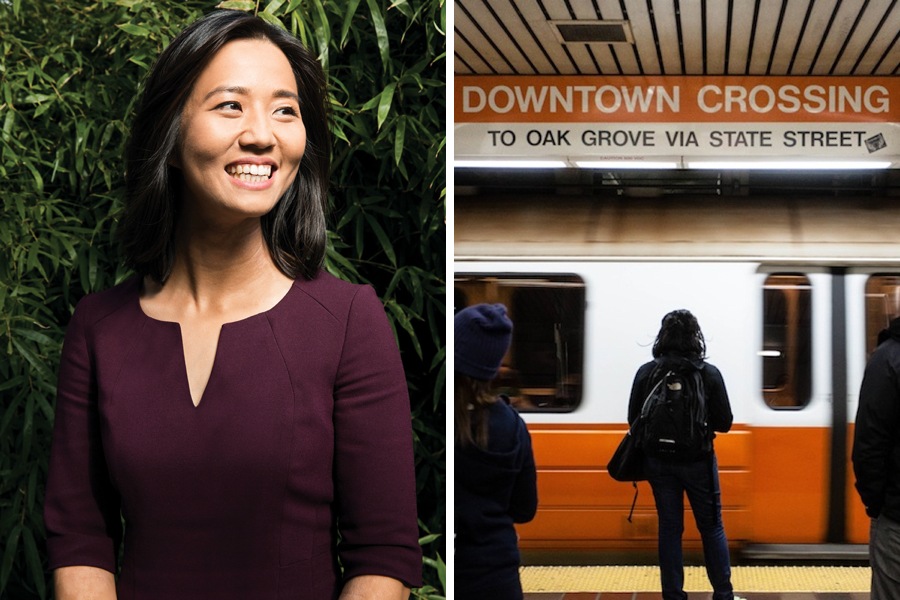 Another fare hike at the MBTA—the fourth since 2012—may be on its way. The plan pitched by T officials would see fares increase by a little less than 7 percent by this summer, the maximum allowed by law every two years, and the agency’s board has begun debating it. But Boston City Councilor Michelle Wu says the T shouldn’t even be considering raising fares. In fact, she writes in a new op-ed, it shouldn’t be charging fares at all.

Writing in the Boston Globe, she argues that instead of charging people an increasing amount every couple years, the cost of maintaining a transit system that drives the economy and helps get residents at all income levels to their jobs, while keeping commuters off the roads, should be supported by alternative means and shared equally by taxpayers.

We can’t afford another round of MBTA fare increases.

Raising the cost of public transit would burden residents who can least afford transportation alternatives and punish commuters who are doing the most to ease traffic and improve air quality. But the heaviest cost is that focusing on whether to raise or maintain fares distracts from what should be our larger goal: free public transportation. We need bold proposals to make public transit the most reliable, convenient, and affordable transportation option.

She points to what she says are 100 other cities around the world that currently run fare-free transit. (They are mainly in Europe, but can also be found in some American college towns. Salt Lake City experimented with a Fare Free Friday last year).

Following suit, she argues, would make the system more equitable and put some extra money in city-dwellers’ pockets while also helping get the city closer to its environmental sustainability goals as more people opt against driving a car.

Barring a transition to a fully fare-free T, Wu says state officials should be finding ways to “reduce and eliminate [the] burden” carried by T riders, whose fares account for about 20 percent of the MBTA budget. For starters, she suggests prioritizing young and low-income commuters and implementing a “fare-capping” system that would set a monthly maximum residents pay for riding public transportation.

Massachusetts students (including college students at our public universities) should be the first group to ride fare-free. We should also pilot free resident fares on bus routes where the majority of riders are low-income residents. New fare collection technology should be implemented with a fare-capping policy, allowing riders to ride for free after reaching a monthly threshold, rather than having to purchase a monthly pass up front or accumulate costs ride-by-ride that surpass that threshold.