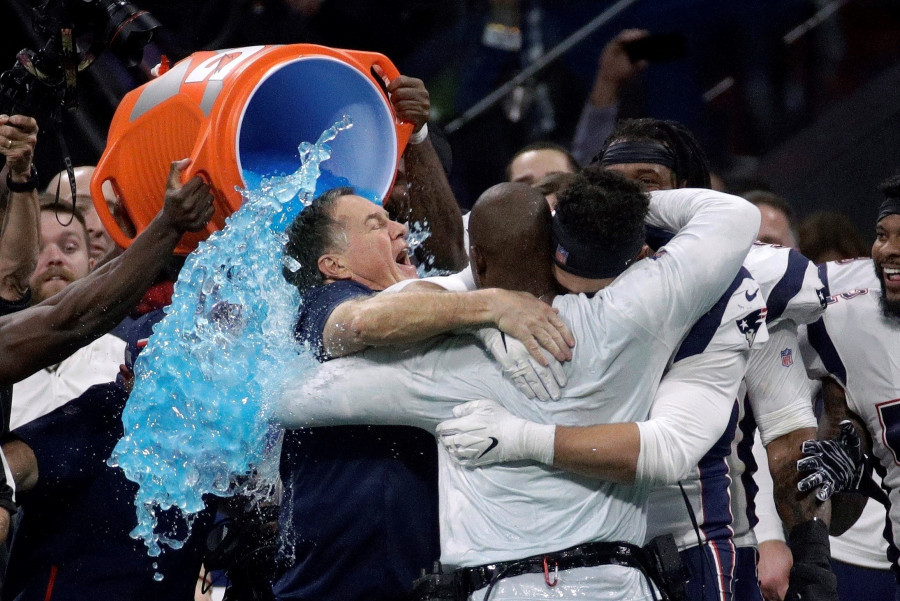 And just like that, the Patriots are once again Super Bowl champions. After a low-scoring start to a game that saw both defenses come out to play early, the Pats pulled it off, beating the Los Angeles Rams 13-3.

This will be the sixth Lombardi Trophy under the reign of Brady and Belichick, and comes after last year’s heartbreaking loss against the Eagles and an avalanche of chatter about whether this team still had what it takes to be the dynasty we love (and that everyone else loves to hate).

The game got off to a slow start, with a first half that ended with the Patriots up 3-0. A stellar Rams D kept Brady in check, forcing an interception in his first pass attempt. A missed field goal by Stephen Gostkowski early on squandered an easy three points. Julian Edelman, meanwhile, was dominant from the beginning, with a performance that saw him jump up to second on the list of all-time post-season receivers by a few minutes into the second quarter.

After half time, which featured an appearance from Maroon 5, Big Boi, and soon-to-be Boston Calling headliner Travis Scott, the Pats put some real numbers on the board. In the fourth quarter, though, an epic Patriots drive ended in a pass to Gronk and a hand-off to Sony Michel for the first touchdown of the game, putting New England up 10-3.

Things could have gone very differently in the final minutes of the game. A thwarted end zone pass to the Rams’ Brandin Cooks was followed by a Patriots interception at the four yard line.

A nail-biter of a 41-yard field goal from Gostkowski sealed the deal, tacking on the final three points of the game.

The Pats took their share of licks this Super Bowl season from the doubters and the haters. Pat Patriot recovered after an uncalled-for tackle. Brady had to endure plenty of smack talk about his advancing age, which he and Edelman enjoyed mocking from the sidelines. He also had to endure, of all things, lasers in the AFC Championship game. But in the end the GOAT came to play.

Of course, not everyone is going to be thrilled with this turn of events. As report after report has shown, a majority of the country hates us ’cause they ain’t us, and were rooting for the Pats’ downfall this season.

Too bad for them.