The Super Bowl champs are gearing up for another rolling rally. 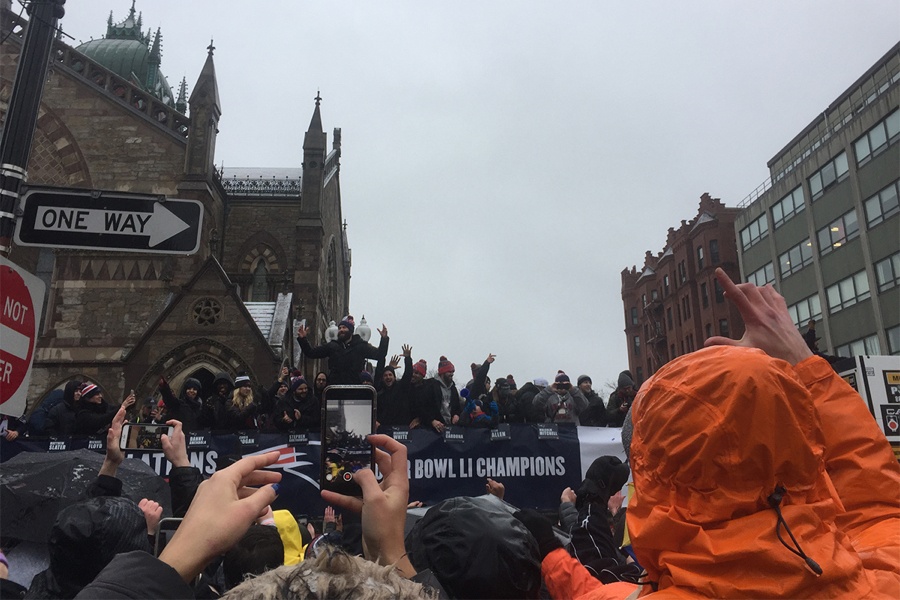 The Patriots are Super Bowl champions, and you know what that means. Last night, it meant flooding Boston Common, spraying beer everywhere, and at least for one guy from LA, ending the night in handcuffs.

On Tuesday, though, it’s time to cue the duck boats for yet another victory parade.

The city has announced plans to welcome thousands of fans to Boston for yet another rolling rally, beginning at 11 a.m. at the Hynes Convention Center. Police are expecting more than a million people to show up.

Fire up the duck boats @CityOfBoston! We will see you at the #SBLIII parade Tuesday at 11:00am!

You know the drill: Ducks loaded with Pats stars will set off down Boylston Street, turn left onto Tremont and then finish on Cambridge Street. All three of those streets will be closed to traffic beginning at 9 a.m., and each will reopen as soon as revelers clear out and the area can be cleaned. 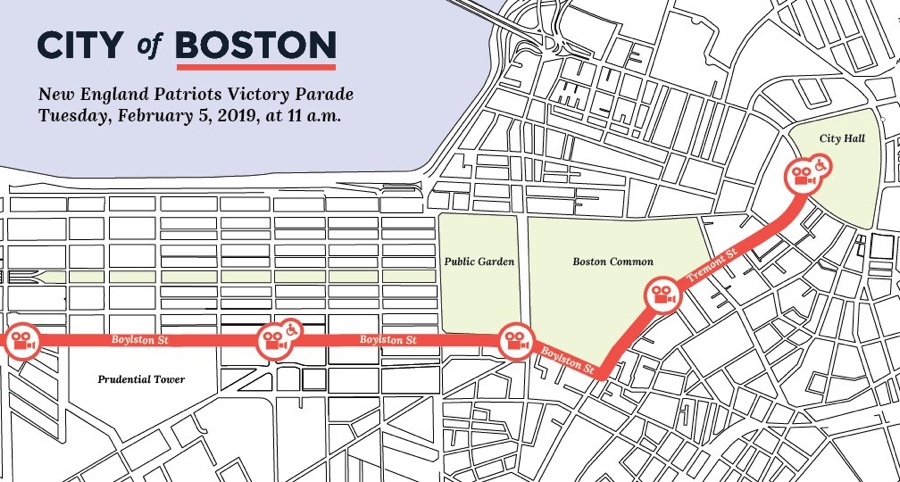 Map via City of Boston

There will not be a speaking program at City Hall Plaza at the end, as there was in 2017 (you may remember Bill Belichick rolling out the slogan “No Days Off” during his speech two years ago).

Parking restrictions take effect Monday on both sides of Charles Street, from the Public Garden to Beacon Street. Then on Tuesday, widespread parking bans take effect. For specifics, consult the city’s advisory here.

The MBTA says it will be running on a rush-hour schedule all day to accommodate parade attendees. Commuter Rail trains will also have additional cars for added capacity on Tuesday. T officials are warning commuters that the parade comes the same day as a Bruins game at TD Garden, which could lead to extra crowding on trains in the afternoon.

Some good news? It won’t be freezing cold outside when the festivities kick off. The forecast calls for a mix of sun and clouds and temperatures as high as the 60s, with some possible showers only overnight Monday.

[Today and Tuesday] Unseasonably mild temperatures are in store for the region this afternoon and especially Tue, when highs may reach or even exceed 60 degrees! A mixture of clouds and sunshine expected both afternoons with just a few brief showers possible very late tonight. pic.twitter.com/SFesLVq639

And please, let’s learn some lessons from years past. Will Gronk accept, chug, and spike a Bud Light if you toss it to him? History tells us yes. Should you just blindly chuck full aluminum cans at the athletes we know and love? No, no, a thousand times no.