He just had to climb a tree on the Common. 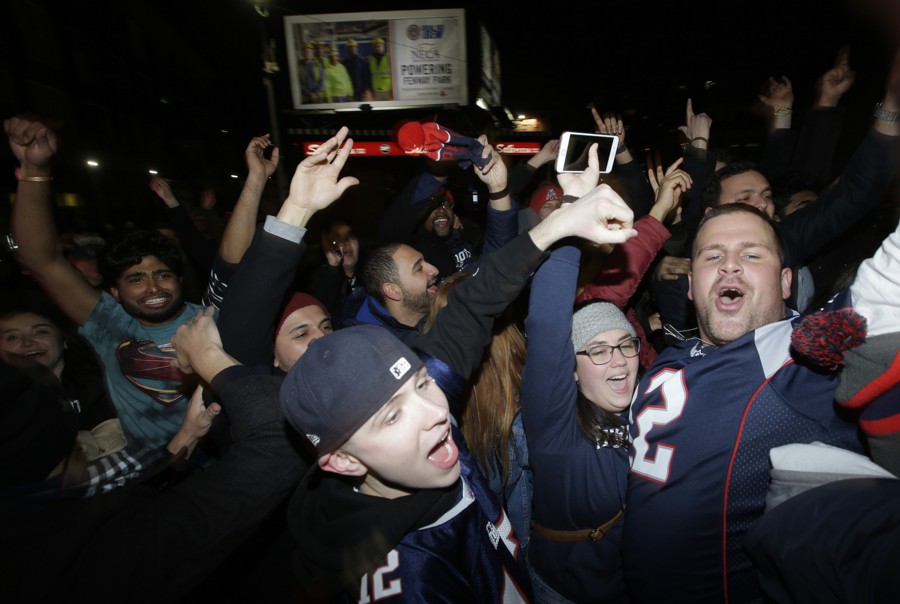 Ahead of the Super Bowl, Boston officials warned revelers to take it easy after the big game. The vast majority of the Patriots fans, mostly assembled on Boston Common, did exactly that. The one exception? A guy from Los Angeles.

Police say the only person they arrested on Sunday night was 21-year-old Vincent Bredice, who allegedly scaled a tree in the park and refused orders to climb down.

Video from the scene, where an estimated 6,000 people congregated after the Pats victory, shows a man bouncing up and down on a tree’s branches. It, uh, did not look safe.

Bredice was arrested at around 11:30 p.m. at Tremont and Avery streets and charged with malicious destruction of property, disturbing the peace, and drinking in public. He’s due to be arraigned Monday morning.

Bredice blew kisses to the crowd before going to the ground. Police say he kicked multiple branches off of the tree while drinking an alcoholic beverage. pic.twitter.com/hZ2MPswiky

State Police did not report any celebration-related arrests.