Want to navigate the neighborhood like a local? Start here. 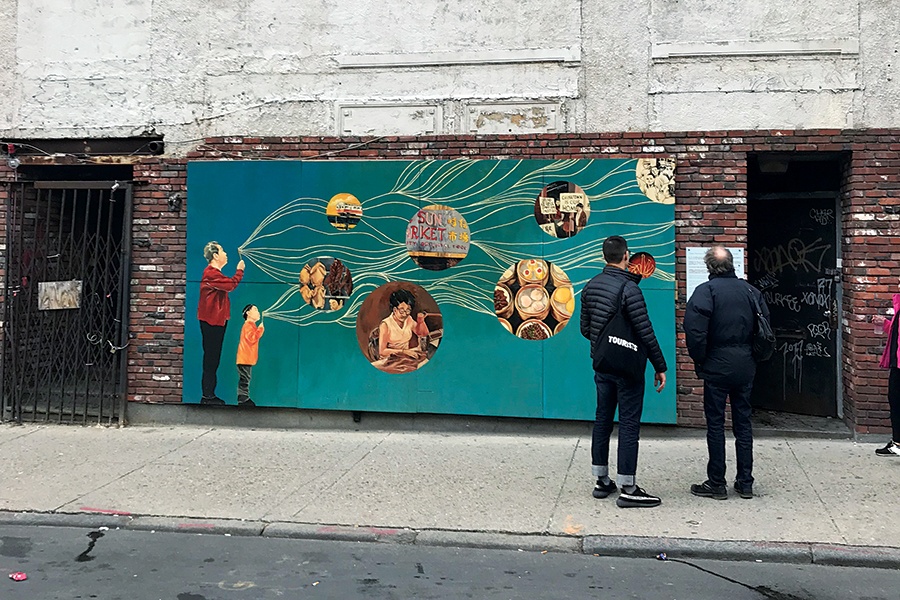 The Phillips Square community mural Tied Together by a Thousand Threads is a colorful tribute to the neighborhood. / Toan Trinh

What’s going on with all the colorful murals?

Whether rendered in electric blue, bright red, or another color of the rainbow, the vibrant artworks adorning Chinatown’s buildings have one thing in common: They tell the rich story of the neighborhood. Led by artist Shaina Lu, local students painted the Phillips Square community mural Tied Together by a Thousand Threads, which brings to life a multigenerational tableau showcasing Chinatown’s past as a garment-making hub and its present struggle with displacement. Wen-Ti Tsen’s intricate work on Oxford Street, meanwhile, was inspired by the 18th-century painting Autumn Mountains with Travellers in the Style of Fan Kuan. It’s in stark contrast to the pop-arty mural on Tyler Street, which features a mischief-making, cartoonized spray-paint can on an eye-catching red background.

The Insider’s Guide to Lunar New Year
Ring in the Year of the Pig with these can’t-miss Chinatown traditions.

Watch the lion dance.
Lights, cameras…lions? It’s worth bundling up for the annual Chinese New Year parade, which this year begins at 11 a.m. on February 17. Watch as the fabulously festooned lion dancers make their way around the neighborhood with drums, cymbals, and, yes, firecrackers.

Pig out.
Sounds like a party to us: In honor of the Lunar New Year this month, Cantonese restaurants such as China Pearl are serving up seven to eight traditional courses—think: seafood soup, whole fried chicken, and oysters with fat choy (black moss)—family-style.

DIY dumplings.
Learn how to make everyone’s favorite doughy delight, attend a tea tasting, or drop in on a Chinese and English calligraphy demo at the Pao Arts Center, which is hosting a full day of Chinese New Year–related activities on February 17.

Are there any legit massage parlors in Chinatown?

While it’s true that some spots have been accused of illegal activities, the vast majority of massage parlors are safe, relaxing refuges in the middle of the city. Happy Feet Spa, for instance, is beloved for its traditional Chinese foot massages, which focus on pressure points in the feet, and the no-frills Rainbow Health Center gets rave reviews for its full-body massages in a clean, quiet atmosphere.

What language is everyone in the neighborhood speaking?

Up until the 1950s and ’60s, most immigrants chatted with their neighbors in Toisanese or Cantonese and read and wrote traditional characters. As people began arriving from places where Mandarin is spoken, however, it became more common, with many Chinatown residents now reading and writing in the simplified characters associated with the language. You’ll find Mandarin spoken even in the neighborhood’s Vietnamese restaurants, as ethnically Chinese people who spent time in the country run them. 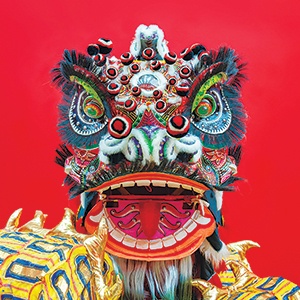 What are all the family associations in Chinatown, and why are there so many?

They’re the most exclusive clubs in the neighborhood: Named for common surnames and initially formed as a way to help recent immigrants adjust to a new culture, Chinatown’s abundant family associations are today primarily social hubs where locals shoot the breeze. Some, however, are particularly influential in city politics, regularly reminding public officials of the neighborhood they signed on to serve. The Wong Benevolent Family Association, for instance, has given money for student scholarships and hosted celebratory banquets featuring high-profile guests like Mayor Marty Walsh and City Councilor at-Large Michelle Wu, while the Gee How Oak Tin Family Association has turned out such boldfacers as Senator Elizabeth Warren at its events.