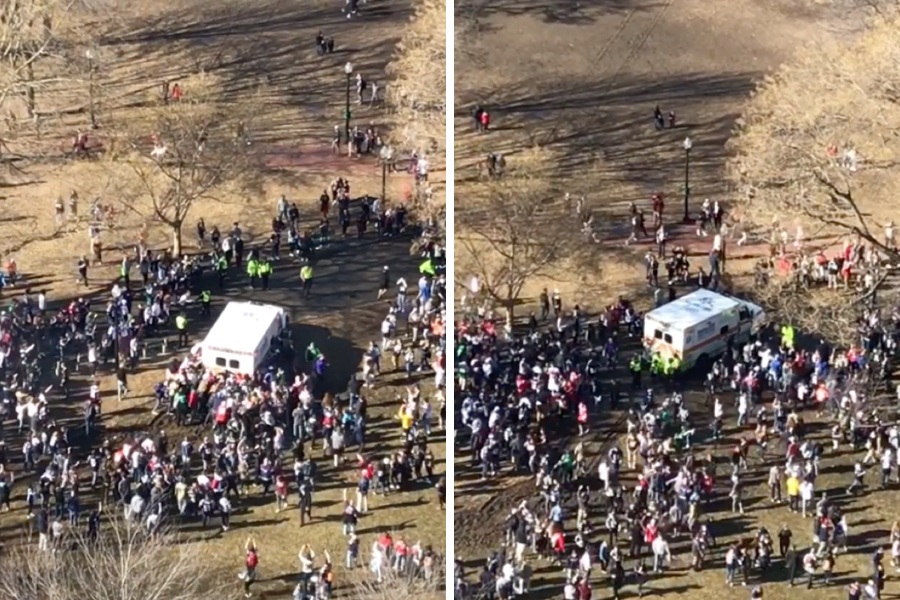 Patriots fans do a lot of things when Super Bowl victory parades roll through Boston. They yell, they climb things, they drink maybe a little more than is necessary by mid-morning. But in times of need, they will apparently work together to get you out of a jam.

Case in point: This footage of a swarm of Pats fans helping push an ambulance out of the mud on Boston Common.

Watch these Patriots fans help and push an ambulance that got stuck in the mud out at the Boston Common during the victory parade. Reason #1,486 why I love this city. #boston #patriots #newengland

Video shared by Instagram user Christopher Marino shows the heroics of the crowd, as seen from what appears to be a nearby roof overlooking the Common. In the clip, which begins after the ambulance is already trapped in mud, the amped-up Good Samaritans combine their strength to force the ambulance out of the brown muck until it is safely on more solid ground, and EMTs can open the vehicle’s back door. (You can see an on-the-ground view of the action here).

Once it’s clear the ambulance has been freed, the group decked out in Patriots blue can be heard cheering and celebrating as if they’d just witnessed a Super Bowl touchdown, pumping their firsts in the air and slapping the ambulance’s side. Cheering like champions. Conscientious champions.