He apparently came across the incident on I-93 and decided to pull over. 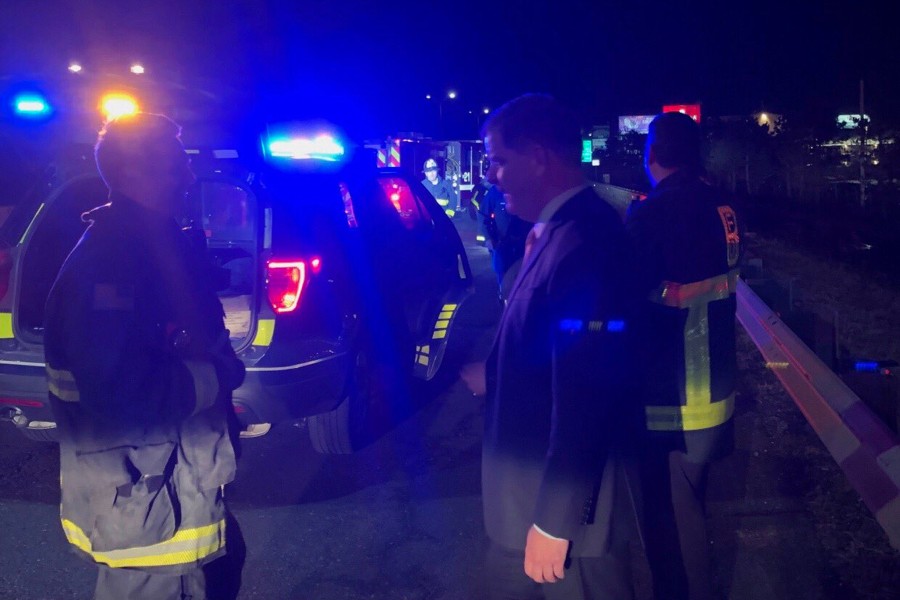 Boston Mayor Marty Walsh had a long and interesting day yesterday. First he spent the day overseeing the largest Patriots victory parade in Boston’s history, as an estimated 1.5 million fans took to the streets to celebrate the Super Bowl win. There was, weirdly enough, even more excitement on his way home.

At about 8:45 p.m. on Tuesday night, the Boston Fire Department shared a photo of the mayor at the side of the road on I-93 at the site of a car on fire. According to fire officials, Walsh (who is typically escorted by Boston Police) saw the blaze near exit 12 and decided to pull over, staying at the scene until firefighters “could arrive to extinguish the flames.”

Thankfully, no one was hurt at the scene of the fire, the cause of which has not been identified.

On his way home from Hosting 1.5 million #PatsNation fans ⁦@marty_walsh⁩ took time to pull over in the side of 93S to help a stranger whose car was on fire until we could arrive to extinguish the flames.

Walsh himself responded to the unusual incident later Tuesday evening. “Right place at the right time!” he wrote.

Right place at the right time!

Thank you for your quick response @BostonFire. I’m glad everyone got home safe. https://t.co/zXURkKIzds