They're announcing an ambitious plan for attacking climate change. 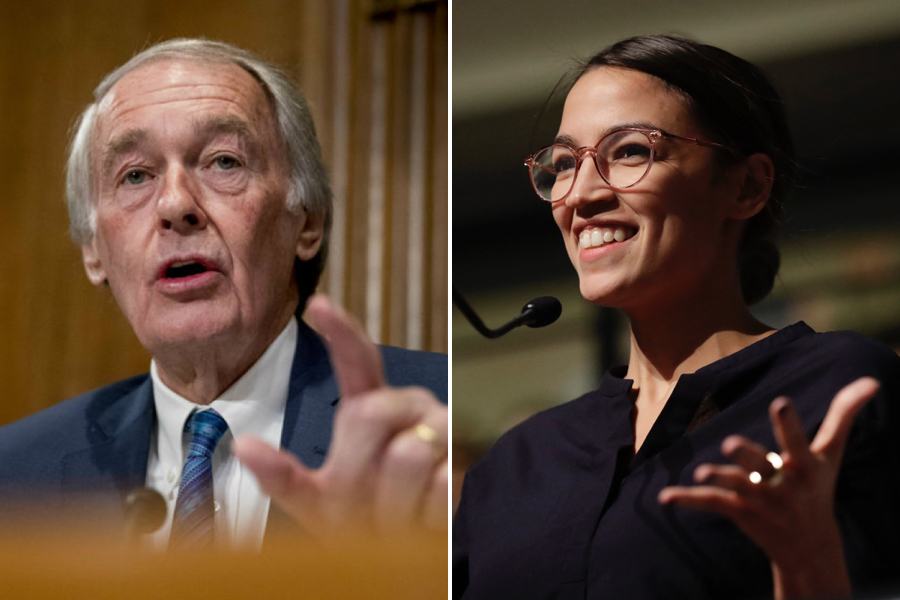 Last Thursday, Boston froze over at a cool 9 degrees Fahrenheit. For Tuesday’s Patriots parade, fans enjoyed weather in the low 60s. While some folks are still deciding whether they want to act on climate change, there’s a rising surge of political will to do something—and fast. Against this backdrop, Ed Markey and Alexandria Ocasio-Cortez have been hashing out a plan to avoid the worst effects of climate catastrophe, calling it a “Green New Deal.” We’re getting our first look at it today.

Critics say AOC cant build consensus, but this looks like a big rollout

Markey, Massachusetts’ senior Senator, and Ocasio-Cortez, the 29-year-old Congresswoman and political phenom from New York, formally introduced the plan Thursday morning. Their joint resolution proposes a complete transition to zero-emissions renewable energy within 10 years. It includes plans for overhauling transportation infrastructure, increasing energy efficiency, and eliminating pollution and greenhouse gas emissions in the agricultural sector. The duo are slated to discuss all this at a 12:30 p.m. news conference.

Markey is no rookie when it comes to climate change legislation. In 2009, Markey and Henry Waxman of California proposed the American Clean Energy and Security Act (ACES), which passed in the House but failed to reach the Senate floor. Even so, ACES was the first time either chamber of Congress recognized climate change as a legitimate political issue.

Now, 10 years later, AOC has become the fiery partner Markey needs to gain traction on climate policy. Markey may be a little less vocal on social media than AOC, who is famous for her clapbacks on Twitter and policy chats over bowls of mac and cheese on Instagram live, but he brings 43 years of political experience to the process.

Said today by @NASA: the five warmest years on record have been the last five years.

The deal is already backed by several prominent Democrats, including Boston’s own Ayanna Pressley. In a cutthroat place like Washington D.C., our hometown heroes appear to be sticking together.

Critics on both sides of the aisle have pointed out that 10 years to go completely carbon-neutral is ambitious, bordering on impossible. However, both sides might also want to live past 2040, so we’ll just see where this goes.