Honestly, it could happen to anyone. 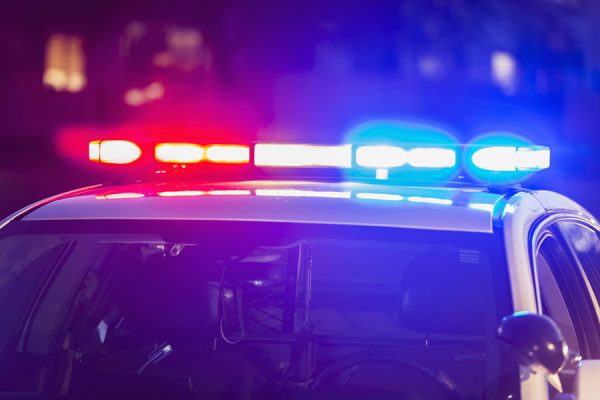 Look we’ve all been there, right?

A Boston police officer’s weekend getaway to Rhode Island was cut short on Saturday when he discovered that the two women he was “hanging out” with allegedly stole his gun and disappeared, the Providence Journal reports. The unnamed officer—his name was redacted from a police report—has been placed on on paid leave and is the subject of an internal affairs investigation into his trip. Based on the details we know so far, however, he was having himself a time.

BREAKING: @boston25 has confirmed 2 exotic dancers in Rhode Island are charged with stealing a Boston police officer's gun while he was 'hanging out' with them in his Pawtucket hotel room pic.twitter.com/jhZGGXycYn

The officer had apparently rented a room at a Hampton Inn in Pawtucket on Friday night, and met up with a woman going by the name “Natalia,” who investigators identified as 25-year-old Neish Rivera. Rivera and the officer, the report says, met up after chatting on Instagram and headed to the Nara Lounge to meet 22-year-old Melissa Dacier. Both women were described as exotic dancers. After stops at two area strip clubs where Rivera worked previously, the Cadillac Lounge and the Foxy Lady (at the latter, Rivera had recently been charged with prostitution), the group headed back to the Hampton Inn in Pawtucket, according to the report.

That’s where things really get interesting. At some point, the officer reportedly gave Dacier his keys to get a phone charger from his car, and the next thing he knew, both women had left the Hampton Inn, and his BPD-issued .40-caliber Glock 22 was missing from his glove box (it didn’t help matters that the keys to access the weapon were reportedly in his cup holder).

After the BPD officer called in incident in the wee hours of Saturday morning, the local police found and arrested Rivera and Dacier Saturday night. Both were charged with larceny of a firearm and conspiracy, with bail set at $5,000.

And our hero? He’s probably reconsidering what kind of pals he wants to hang out with in the future.