Say goodbye to a season's worth of MVP scruff. 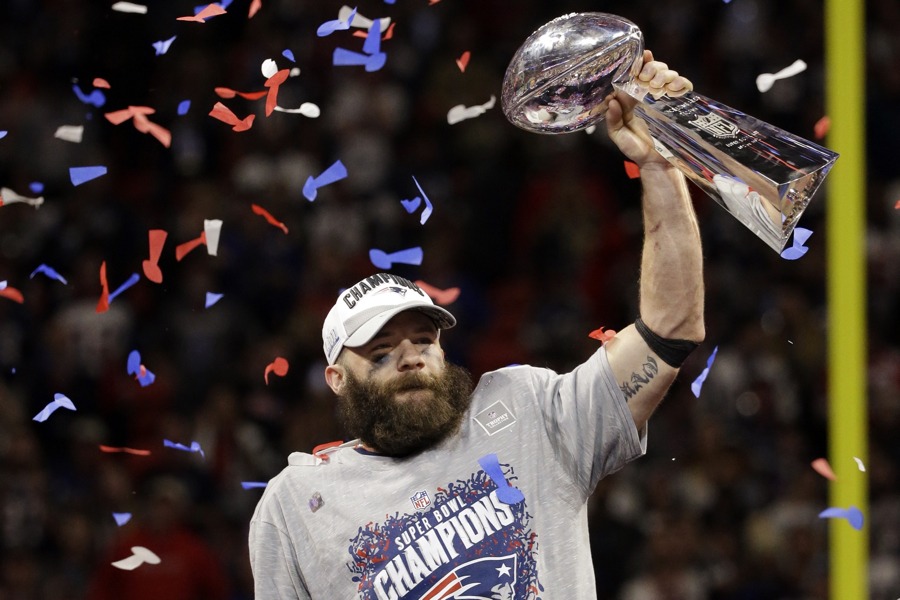 Patriots wide receiver and Super Bowl MVP Julian Edelman has fulfilled his pre-championship pledge and shaved his beard, with help from Ellen DeGeneres.

DeGeneres did the honors at the taping for her daytime talk show, using a set of clippers to reveal a sight unseen for months: a clean-shaven Edelman.

The star tells DeGeneres that he’s been growing out his massive shrub of facial hair all season long. “Coach Belichik has this thing that he says: ‘Put everything in the drawer and don’t worry about it until the season is done.’ So I put my razor actually in the drawer,” he says on the show, adding, “He’s a very intimidating man.”

It was a bittersweet goodbye for the star. “It’s like a child—it grows on you,” he says. Asked what his final words were before losing the scruff, he replies, “I love you, beard. It’s been a hell of a year.”

It’s all for a good cause. Ellen pledged a $10,000 donation to the Boys and Girls Club of Boston, which Edelman said he would match.

Quarterback Tom Brady also had a high-profile shave this week, stopping in at the Boston headquarters of Gillette for a charitable shave, which also raised money for the Boys and Girls Club, Best Buddies, and the Dana Farber Cancer Institute.