Snow, Sleet Are Coming to Boston on Tuesday and It’s Gonna Be “Gross”

Plan on being off the road in the afternoon, officials say. 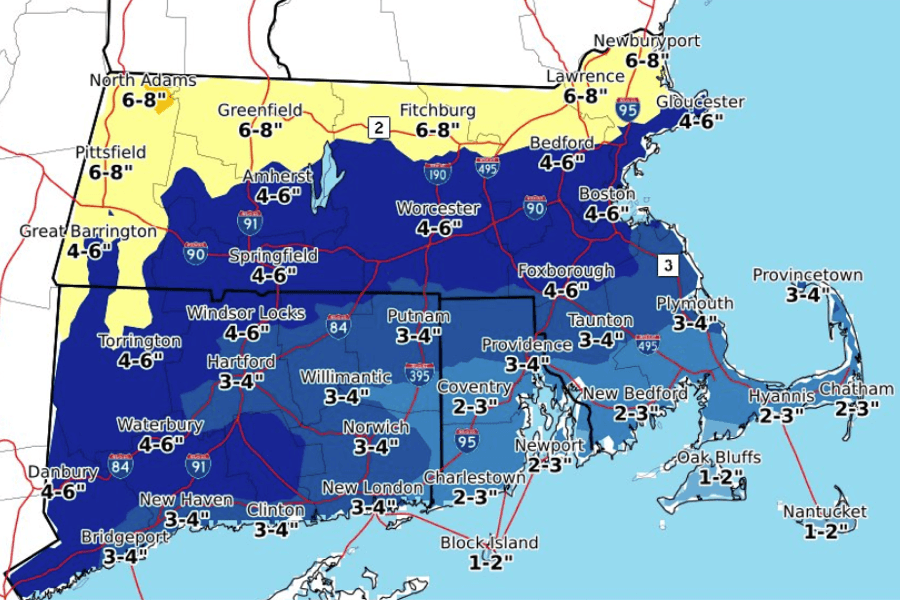 Now that we’re really in the thick of winter, we can handle a little bit of snow, right? Maybe you’ve even been hoping to see a flake or two. Well, the good news if that’s your thing is that we’ve got some snow in the forecast. But the bad news? That’s not all that’s headed our way.

Another snow storm is slated to hit Boston Tuesday afternoon, and, forecasters say, this one is not gonna be nice.

“Snow will probably move into Boston in the early afternoon hours and will make for a pretty messy commute,” says Lenore Correia, meteorologist with the National Weather Service in Norton. Later, things get even messier. “In the evening it will change to sleet, a wintry mix with gross slush, and then toward midnight change over to rain.”

For Boston, between 4-6 inches of snow are expected to fall, but it’s not clear how much will remain in the morning after all that rain. Also, Wednesday is forecast to see temperatures above freezing, in the mid to upper 30s. In other words: slush.

Commuters hoping to drive home Tuesday afternoon have the most to worry about, as the NWS is warning that snow will come quickly, perhaps dropping 1-2 inches per hour in the late afternoon.

“It’s going to be very dangerous is the best word I can use to describe it,” Correia says. “Probably very slick, probably icy as well, especially on untreated surfaces. If you don’t have to leave the house tomorrow, if you can work from home, that would be awesome.”

MassDOT is also warning drivers about the hazards on the road. “We are asking people throughout the Commonwealth to make smart, safe decisions on Tuesday such as taking advantage of public transportation, working from home if possible and leaving early for their afternoon commute,” Transportation Secretary Stephanie Pollack said in a statement Monday afternoon.

To handle extra traffic should people decide to head home earlier than usual, the MBTA will also be running with additional capacity beginning at noon. T officials urged commuters to check in with the MBTA’s new winter guide for travel advisories.