Students are calling for the ouster of Faculty Dean Ronald S. Sullivan Jr. after news he joined Weinstein's legal team. 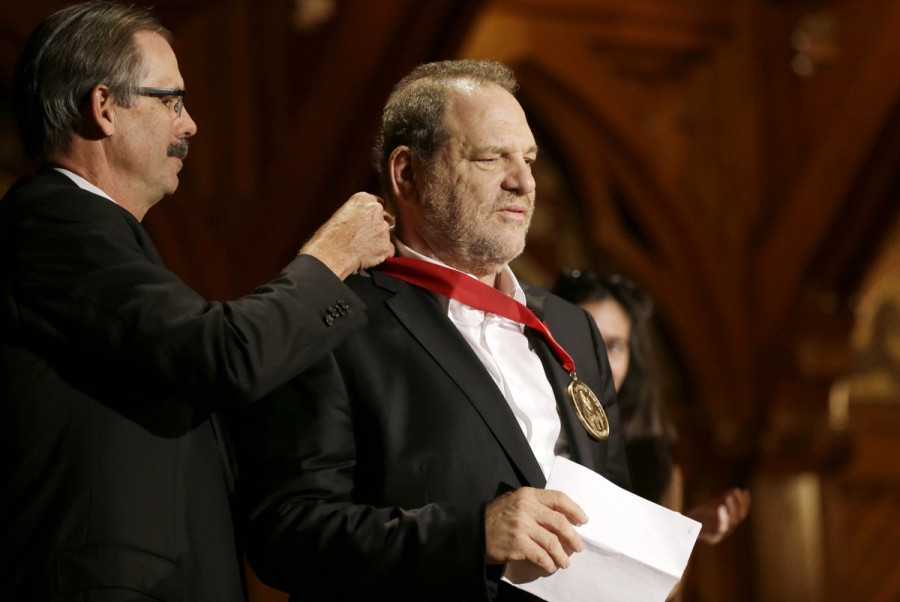 It must really be something going to Harvard. You get to glean wisdom from movers and shakers in law and politics, befriend the future leaders of tomorrow, invent Facebook, and so on.

Every now and then, though, you end up sharing close quarters with people who spend their time doing things that are arguably, uh, not that great! Like, for example, helping defend perhaps the nation’s most notorious alleged sexual predator, Harvey Weinstein.

Harvard students have apparently been in a state of outrage for the past several weeks after learning in January that Harvard Law Professor Ronald S. Sullivan Jr joined the legal team for the former Hollywood producer, who faces accusations from several women of sexual misconduct. Protests have been staged, op-eds have been written, and a heated on-campus conversation has emerged as students call for Sullivan’s ouster. The situation is more personal for some, as Sullivan is faculty dean at Harvard’s Winthrop House, where he lives and oversees students.

Sullivan has defended himself from students’ criticism, making the point that everyone deserves justice, representation, and the presumption of innocence—even Harvey Weinstein. (His list of past clients also includes Aaron Hernandez).

“It is particularly important for this category of unpopular defendant to receive the same process as everyone else – perhaps even more important,” he wrote in a 1,200-word letter to students, according to the Harvard Crimson. “To the degree we deny unpopular defendants basic due process rights we cease to be the country we imagine ourselves to be.”

He also has pointed out that in his capacity as a criminal defense attorney his clients have not exclusively been powerful pariahs, and include the family of Michael Brown, as well as a black Harvard student whose violent arrest near campus was caught on camera. A woman who identified as a sexual assault survivor at Harvard told the Boston Globe that Sullivan in the past offered to take up her case pro bono, as well as cases involving other women on campus.

Sullivan is not the first Harvard figure to join Weinstein’s defense. Alan Dershowitz, who famously defended O.J. Simpson, was reportedly also added to the team as a legal consultant to Weinstein’s attorney.

Harvard students last year also protested plans to welcome Supreme Court Justice Brett Kavanaugh back to campus to host a class in the spring, following allegations of sexual assault that nearly derailed his nomination to the court. Kavanaugh ultimately announced he would not return.

In 2017, Harvard rescinded the prestigious W.E.B. Du Bois medal it awarded Weinstein in 2014.