The horrifying rap parody video was shown at the company's ongoing trial in Boston. 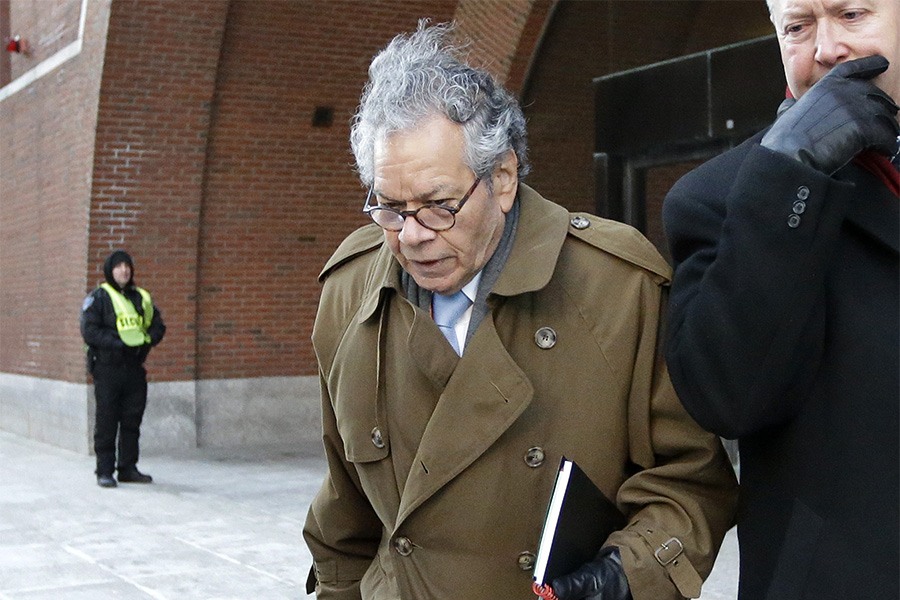 Insys Therapeutics founder John Kapoor, center, departs federal court in Boston, Wednesday, Jan. 30, 2019. A former pharmaceutical executive accused of joining in a scheme to bribe doctors into prescribing a powerful painkiller once gave a lap dance to a doctor the company was pressuring to get his patients on the drug, her onetime colleague said Tuesday. (AP Photo/Steven Senne)

Good morning America. The sun is out, the weekend is in sight, and in Boston, the snow is still (in some places) a pristine white.

Oh, and here’s a music video featuring a rapping and dancing fentanyl nebulizer, because that exists.

Internal vid of #PhRMA reps from #Insys rapping about pushing fentanyl spray – complete with sales VP in costume as a Subsys bottle.

I've needed fentany, absolutely nothing about it was funny. We need to start seizing the IP of PhRMA bad actors.pic.twitter.com/Jb2xbc5M3y

The bizarre video was made by pharmaceutical company Insys, which is on trial for bribing doctors to unnecessarily prescribe opioids to patients. It was originally shown to Insys sales representatives at a national meeting in 2015, in an apparent attempt to harness the power of song and dance to encourage pushing prescriptions. The company is a leading prescriber of fentanyl, an opioid originally created to ease pain for cancer patients.

CBS reports Insys paid over $2 million in bribes to doctors to prescribe the medication in 2016. The company’s founder, John Kapoor, is currently on trial for racketeering in the U.S. District Court in Boston.

To a beat ripped from an A$AP Rocky song (“F*ckin’ Problems,” if you were wondering), young Insys employees in suits, sunglasses, and backwards hats rap about the company’s success and encourage a higher dosage. The video’s main characters, two salesmen in a playground, are named A Bean and Z Real. They’re joined about midway through the five minute production by a larger-than-life Subsys nebulizer—Insys’ brand of fentanyl.

They are now playing a video in court set to the tune of A$AP Rocky's "F**kin' Problems" that features Insys sales reps dancing around former sales VP Alec Burlakoff, who is dressed as a life-size bottle of the largest available dose of fentanyl spray (I swear I'm not lying)

The man in the Subsys costume is revealed to be Alec Burlakoff, former Insys vice president of sales. He pled guilty to racketeering conspiracy in November, and is expected to serve as a prosecution witness in the ongoing trial in exchange for a reduced sentence.

The costume itself, a purple and white nebulizer bottle, is marked “1600 mg,” the maximum dosage of fentanyl allowed.

In 2018, nearly 2,000 people died of opioid overdose in Massachusetts. The number is down 4 percent from the previous year thanks in part to more accessible treatment options, but the epidemic continues to rage on, and a number of high profile lawsuits involving opioid manufacturers are currently working through the court system.