If rumors pan out, a new grocery store next to the Trillium restaurant would be the neighborhood's first. 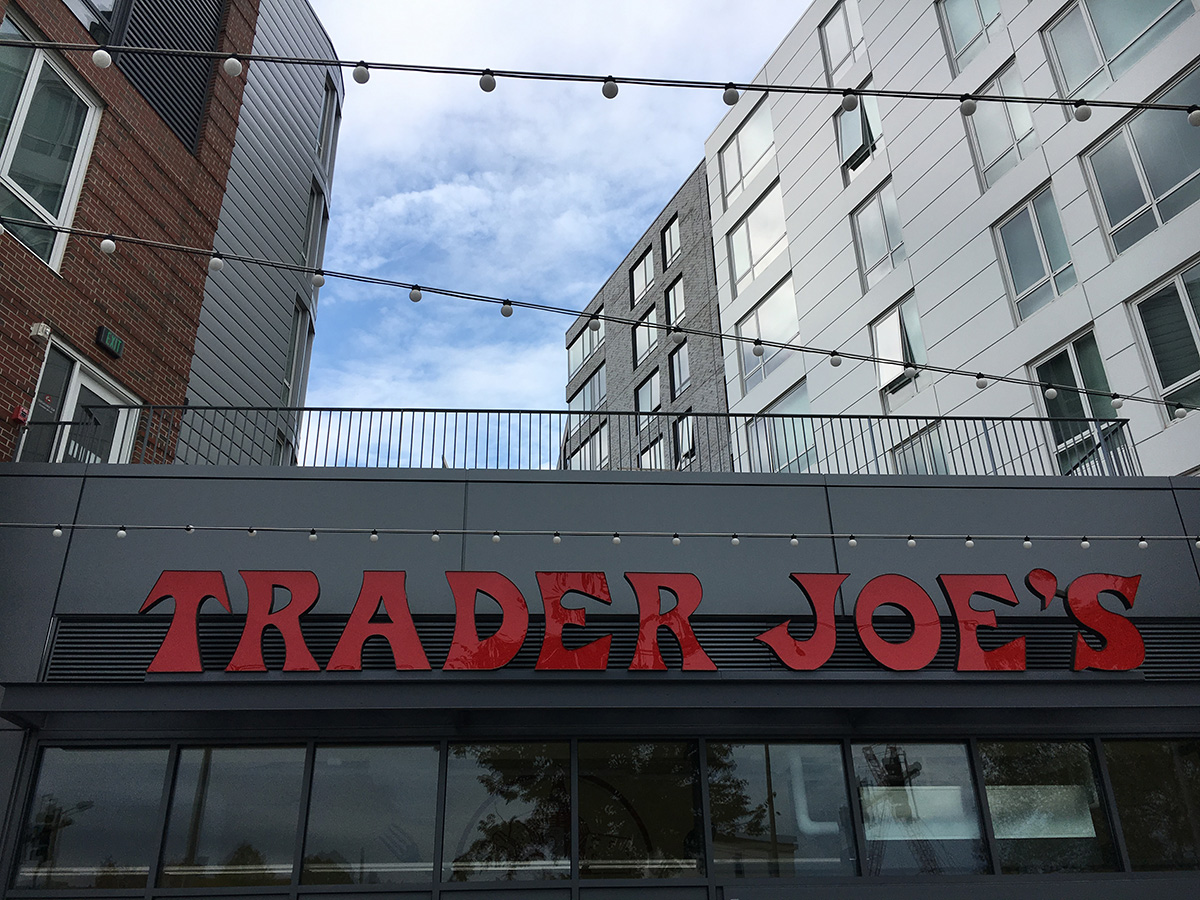 If rumors about a Trader Joe’s opening its doors in Fort Point are true, it would mark a milestone for Boston’s fast-growing Seaport area: its first grocery store.

Word emerged Thursday that the quirky supermarket chain has been quietly filing paperwork related to a new location at 44 Thomson Place, next to the new Trillium restaurant. A docket for a Fort Point Channel Landmark District Commission shows it asked for permission to “reopen historic windows, relocate entrances” and “awnings,” and “install historic signage” at the site.

Trader Joe’s is not confirming the news, and a spokeswoman would say only that the chain is “very interested in” the Fort Point location.

But it sure looks like the Seaport neighborhood’s first honest-to-goodness place to buy groceries is coming soon. And that’s big, as its dearth of groceries has been one of the most noticeable oddities of the area, which has in recent years become packed with offices, restaurants, and condos but lacks other hallmarks of a functioning community, like schools or a library.

Trader Joe’s, based in California, lists 19 locations in Massachusetts, including relatively new ones in Assembly Square and Allston.