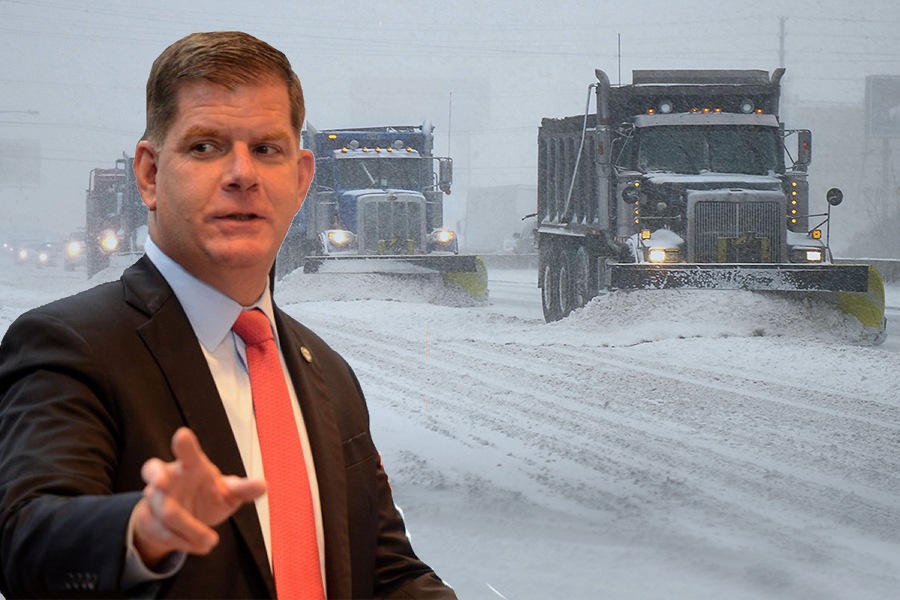 As if the Khloe/Tristan/Jordyn scandal wasn’t enough drama for Los Angeles this week, Southern Californians have been hit by a major winter storm. Less than one inch of snow fell over the greater LA area, largely melting on impact and throwing the entire city into a tizzy.

In the famously helpful Bostonian spirit, Mayor Marty Walsh apparently called Los Angeles mayor Eric Garcetti and offered up the city of Boston’s snow plows if they needed them. Pretty generous, but then Boston has gotten a mere eight inches of snow this February, a paltry sum compared to some years.

My dear friend and brother mayor @marty_walsh just called from Boston to offer to send plows if the snow reaches our city. #staycalmLA and send pics from your neighborhood if you're snowed in. EG

The snow first hit the Santa Monica mountains Thursday, far above the sandy beaches of Malibu, before traveling down to baffle city dwellers in the valley. It stuck at higher elevations but couldn’t hold its own in the bright lights of LA, melting in the warm temperatures (it’ll be 62 degrees there today).

These snowflakes join Lady Gaga in proving that no matter how unique you are, it’s hard to make it in showbiz.

Snow in LA happens a lot on movie sets, but hasn’t actually visited the city itself since January 1962, according to the Los Angeles Times. The National Weather Service had to tweet the differences between snow, hail, and sleet for confused Angelenos who were wondering why their cars had weird white stuff on them and why the roads were so slippery.

A few roads were closed following reports of collisions, but the city mostly managed to clear its snow without the help of Walsh’s plows, which are probably somewhere in Iowa on their way across the country. Still, it was the least Walsh could do, considering how often Boston has #BeatLA over the last couple of months.