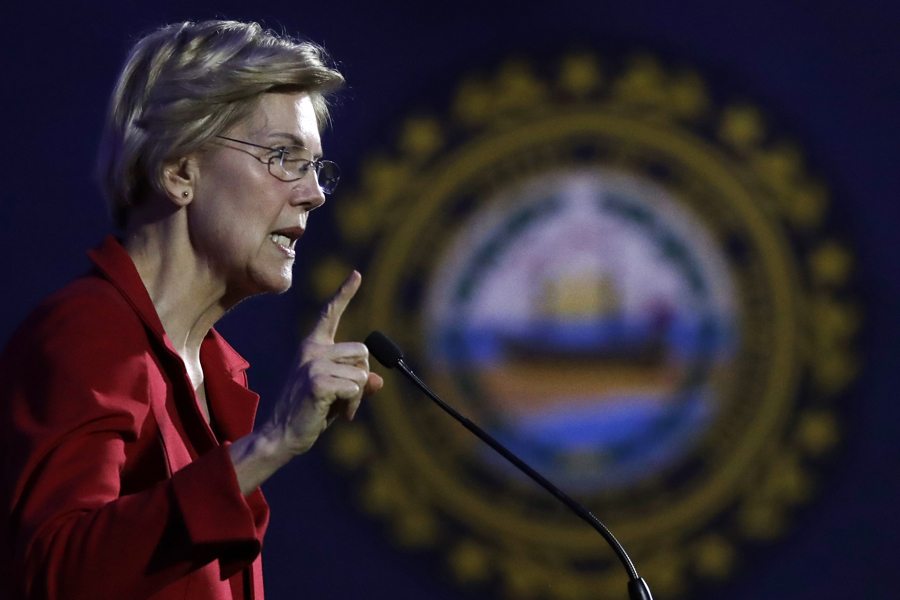 Hoping to bolster her image as a politician working for everyday folks instead of the rich and powerful, Elizabeth Warren announced Monday she plans to eschew big-dollar donors, and from now on will skip the fancy fundraisers that have become a staple of most presidential campaigns.

“It usually goes unspoken, but I want to call it out: Candidates for public office in America spend way too much time with wealthy donors,” she said in a message to supporters Monday morning. “Consider this: For every time you see a presidential candidate talking with voters at a town hall, rally, or local diner, those same candidates are spending three or four or five times as long with wealthy donors—on the phone, or in conference rooms at hedge fund offices, or at fancy receptions and intimate dinners—all behind closed doors.”

She vowed not to provide additional access for people who can donate hundreds, or thousands, of dollars to her campaign—by, for example, selling expensive tickets offering VIP treatment and face-time with her at events. And she said she would not spend time calling wealthy people and asking for donations, which she claims can eat up as much as 70 percent of a candidate’s time. Doing so, she says, will give her more time to plan grass-roots organizing events, and will shield her from undue influence from an American upper class that skews rich, white, and male.

It makes sense Warren might want to claim the higher ground on campaign finance, especially on the heels of Vermont Sen. Bernie Sanders’ victory on this front last week, when he raised $6 million from small-dollar donors in one day after announcing his campaign.

Earlier, Warren pledged to steer clear of corporate PAC money. Other Democrats running for the party’s nomination have done the same, and that kind of donation typically only makes up a tiny portion of a campaign’s funding.

Campaigns are expensive, and there are risks to closing off a major source of funding—Warren acknowledges she may “be outraised by other candidates in this race.” All of this is also not to say that she won’t need money. Far from it, she writes. “I am grateful for every donation we get — and we need every single one! — but what matters more, much more, is that everybody who supports my campaign is treated equally, regardless of how much they can afford to give. And doing things this way will give me hundreds and hundreds of hours of time back to spend with more voters, grassroots donors, and volunteers.”