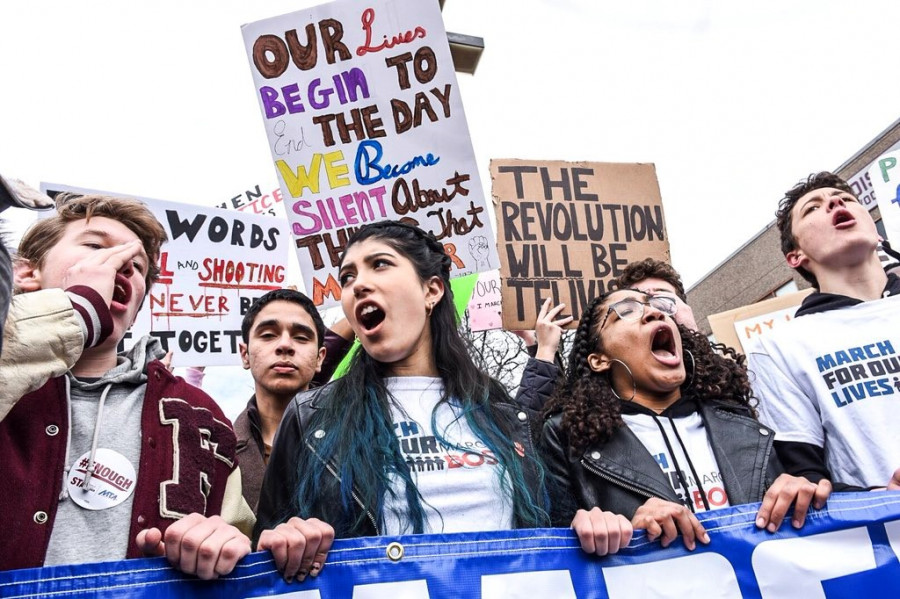 March for Our Lives photo via Kristin Chalmers

Firearms have been confiscated from six people in Massachusetts in the six months the state’s new “red flag” law has been in effect, newly released trial court data shows.

The law—which had been a major policy ask from gun reform activists including March for Our Lives demonstrators—allows family members, roommates, romantic partners (past or present), and local police officers to flag someone close to them as a potential danger to themselves or others and file a petition for their guns to be taken away.  The six cases had each been filed since July in “emergency hearings.” A seventh was overturned by a judge.

“This law gives family members and friends a more direct way to protect loved ones who are at risk of hurting themselves or others,” Cindy Rowe, co-founder of the Massachusetts Coalition to Prevent Gun Violence, told the Newburyport News.

Although Massachusetts already has some of the strictest gun laws in the nation, gun control activists have said a “red flag” law is a critical tool for intervention in emergencies. At least for now, it appears to have been used sparingly. “We never expected there to be a large number of these petitions,” State Rep. David Linsky tells the Boston Globe. “Before we draw any grand conclusion, let’s let the law be in place a little longer.”

About a dozen states have similar laws on the books. New York joined their ranks on Monday.

Today I am signing the Red Flag Bill into law. I want to thank Linda Schulman, the mother of Parkland hero Scott Beigel, for her tireless advocacy. This law will save lives. pic.twitter.com/YeoIEnWDo0

Gun rights activists in Massachusetts are not exactly on board with the law. The Gun Owners Action League of Massachusetts, a local chapter of the NRA, has pointed to the fact that a judge is not required to hear the side of the reported person before ruling on whether their firearms can be taken.  “The people who got served never even knew what was going on until someone knocked on their door to confiscate their property,” Jim Wallace, GOAL’s executive director, tells the Gloucester Times. “It allows police to drag someone into court, take away their legally purchased firearms and let them go without access to mental health services. How is that going to help anyone?”