Boston Will See Three to Four Inches of Snow Tonight

The fun starts around 7 p.m. 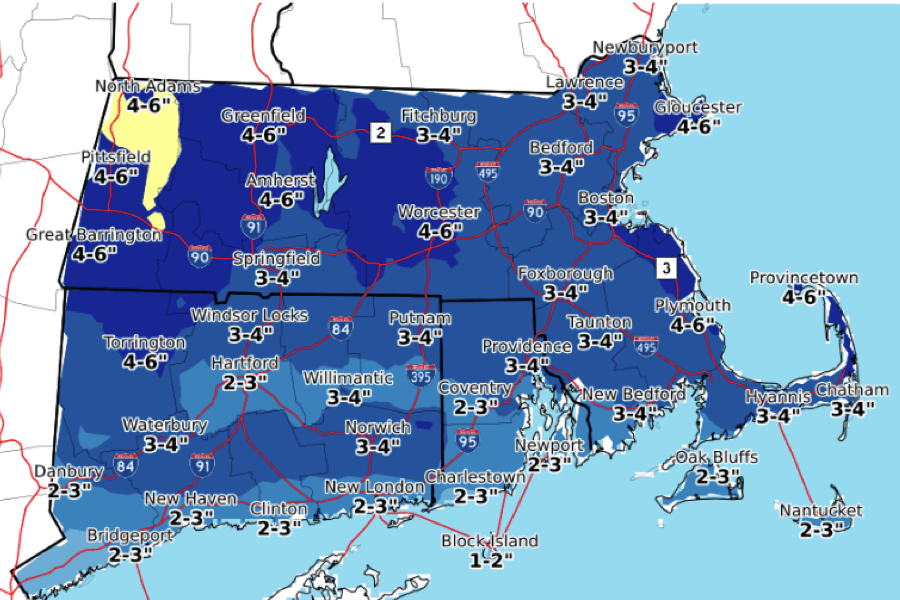 Fans of snow, great news: We’ve got 3-4 inches of it headed to Boston tonight.

The National Weather Service in Norton has issued a statewide winter weather advisory for Massachusetts. It forecasts that a low pressure system will bring a storm to the city beginning at 7 p.m. Wednesday.

It’s packed with real snow, too. Not sleet. Not freezing rain. Not a wintry mix. Snow. And it’s expected to fall overnight and clear up early Thursday morning.

In other words, the timing is more or less pretty good for commuters.

[THIS EVENING → EARLY THURSDAY AM] The Winter Weather Advisory has expanded to include all of MA. Light snow will spread across SNE beginning this evening. Heaviest snowfall will be between 10p-4a overnight. Snow accumulations around 2-4″ with locally higher amounts. pic.twitter.com/41pvkqfHty

Before the storm, Boston was greeted with a chilly day with highs in the mid-20s. The low Wednesday night will be around 20 degrees, according to the NWS, followed by temps right around freezing for Thursday.

If you haven’t noticed, we’re a little behind on total snow this season. Snowfall is right now about 20 inches below average for the city. But there is still plenty of time left for New England to do its thing. “It’s way too soon,” to rule this season out as a dud, snow-wise, Correia says.

Remember March of last year? We do.