The Congressman's appearance had a distinct Boston charm. 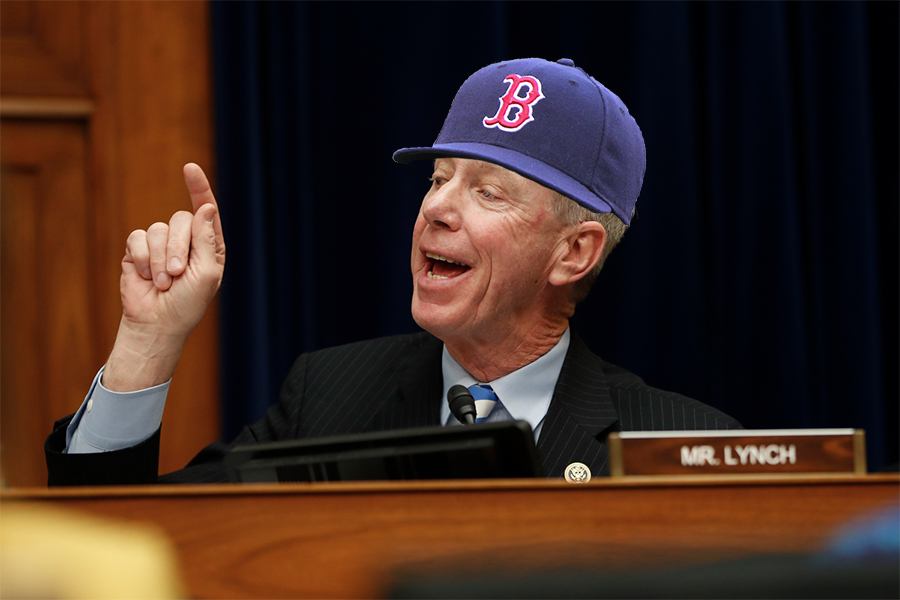 Back home, most people are familiar with Congressman Stephen Lynch at this point. At least, they should be: He’s been representing Boston and the South Shore in Washington for nearly two decades. But for the most part, the rest of America barely hears from him—he doesn’t have the buzz of new colleague Ayanna Pressley, certainly, or the senatorial stature of Elizabeth Warren or Ed Markey.

But on Wednesday, as the entire nation sat glued to their TVs and computer screens for Trump fixer Michael Cohen’s blockbuster testimony, many got a rare glimpse at the sometimes pugnacious Democrat and his distinctly Boston mannerisms. Lucky for them, he let his Masshole flag fly.

Lynch took the mic as Democrats and Republicans were taking turns pelting Cohen, who had come to testify about the president’s alleged misdeeds. Responding to critiques of the hearing from Republicans, who dismissed it as agenda-driven theater, Lynch rattled off a list of other Trump associates convicted of crimes—Paul Manafort, George Papadopolous, and so on—that had not been called to testify when the House Oversight Committee was under Republican leadership.

“Fah two years—you want to talk about an agenda?—my friends on the other side of the aisle refused to bring any a these people up before the committee,” Lynch said, with his voice raised and his accent palpable. “So for today for the first day we have one witness who voluntarily is coming forward to testify. Yoah side ran away from the truth, and weah trying to bring it to the American people.”

Rep. Jody Hice (R-GA): We have brought this committee to its knees in terms of losing its credibility.

He went on to question Cohen about his conversations with Trump about building a Trump Tower in Moscow for a few minutes before yielding his time.

The extremely Boston vibe of Lynch’s time in the national spotlight was not lost on viewers, who compared him to a “suburban Boston Little League coach,” your average Tom Brady stan, or Marky Mark.

Democrats: We see your sons of the south outrage and raise with a Massachusetts screamer.

Go for it, Steve. And leave those R’s weah yah left ’em.