AriZona Iced Tea and an Argument Against Raising MBTA Fares

The drink's price hasn't gone up in two decades. The T should follow its lead, state rep says. 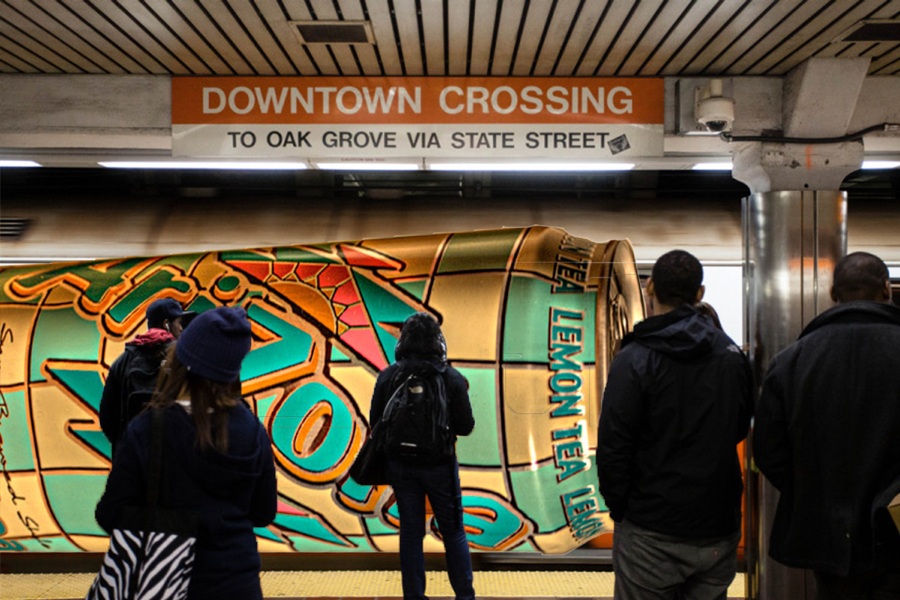 I don’t drink it all that often these days, having moved on from most sugary beverages in favor of flavored seltzer. But looking back, I have pretty clear memories of being really into AriZona Iced Tea—slugging cans of it in the summer sun in middle school, cracking one open on break at my first grocery store job. The allure was obvious: Even if they weren’t exactly high-end, they were huge, cold, refreshing, sugar-laden, and, at 99 cents a pop, extremely cheap.

Nearly two decades later, the teas are still as sweet, large, and universally available as they’ve ever been. And yet somehow, miraculously, they still cost 99 cents. For perspective, these days a bottle of water at the same size can run you $2 or more. AriZona takes this commitment to mind-boggling cheapness very seriously, and it’s worked for the company all this time.

So what does that have to do with the MBTA? According to a Massachusetts state rep, everything.

At a contentious meeting Wednesday night on the controversial topic of raising fares on the MBTA (the T wants to hike the cost by an average of 6.3 percent this year), Rep. Tommy Vitolo stepped up to the microphone and whipped out an AriZona can of the drink as a prop.

“It costs 99 cents, says it right on the can,” Vitolo said, according to an account in the State House News Service. “It’s cost 99 cents for 18 years. What the good people of Arizona iced tea figured out is if you don’t improve the quality of the T, you don’t raise the prices.”

He then popped it open and took a sip, as attendees at the packed meeting cheered.

Oh man, I couldn’t see clearly from where I was sitting as it happened, but @TommyVitolo actually *brought* a can of Arizona iced tea to drive home his point and then cracked it open #mapoli pic.twitter.com/tG9kJQ2m7E

He’s right, of course. Literally nothing has changed about the syrupy teas I grew up with—I’m pretty sure even the design on the tall-boy-size aluminum is the same. Likewise, commuters who rely on the T have grown accustomed to endless delays due to track problems, switch problems, power problems, and a litany of other failures that followed decades of mismanagement and underfunding on the transit system. But the difference is, the cost of taking the T has skyrocketed. Back in 2012, fares were hiked by a stunning 23 percent, and commuters have faced two more rate increases since then.

Opponents of yet another fare hike say riders shouldn’t have to pay more to use a service that consistently lets them down. Some City Councilors have even proposed cutting off the city’s annual multimillion dollar contribution to the T until service demonstrably improves. And if you ask City Councilor Michelle Wu, taking the MBTA ought to just be free.

AriZona certainly isn’t going to sell you a Green Tea with Ginseng and Honey for nothing. But they sure as hell aren’t going to charge you more. Maybe the T should follow its lead.