Ayanna Pressley’s Amendment Would Lower the Voting Age to 16

High schoolers would get a say in politics under her proposal. 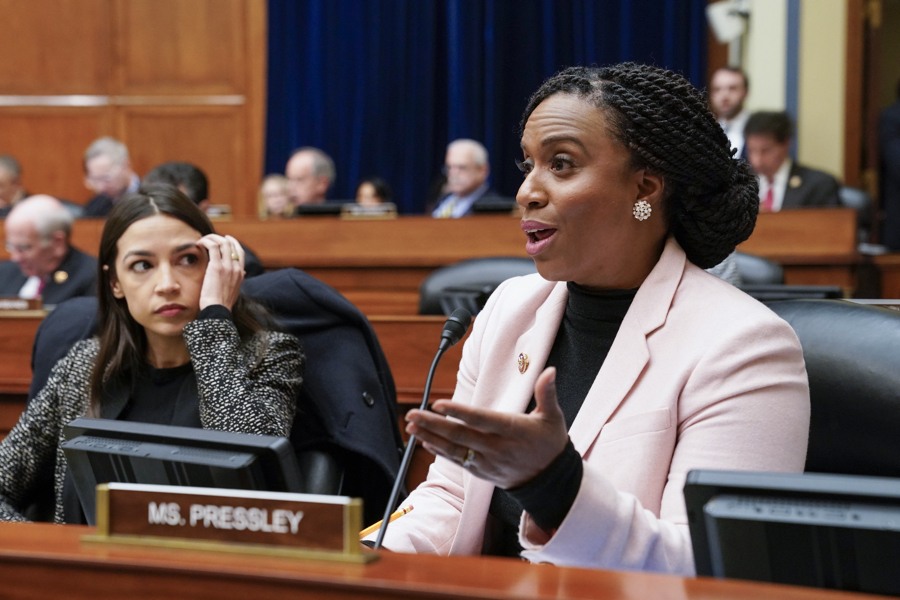 Teens who walk out of class and march in the streets, join online campaigns, testify before Congress, and lead rallies from Boston Common to the National Mall would have another way to make their voices heard under a proposal from Ayanna Pressley: voting.

The Massachusetts Congresswoman has filed an amendment that would lower the national minimum voting age from 18 to 16, adding millions to the eligible voter rolls and forcing elected officials to think harder about how their policies appeal to young people.

“Across this nation, young people are leading the way, which has been the case for every social movement throughout our history,” Pressley said Tuesday in front of the House Rules Committee. “They are organizing and mobilizing and calling us to action, making plain the high stakes the next generation faces, from gun violence to climate change to the future of work to the solvency of social security.”

By name, Pressley called out Vikiana Petit-Homme, the 17-year-old Boston Latin Academy student and executive director of March for Our Lives Boston, the local chapter of the youth-led anti-gun violence group. Activists like Petit-Homme, she said, “remind us daily in the halls of this institution what is at stake and just how high those stakes are.”

I am honored & excited to be introducing my very 1st amendment on the House floor, an amendment to #HR1, the #ForthePeopleAct. My amendment will lower the voting age from 18 to 16, allowing our youth to have a seat at the table of democracy. #16toVote pic.twitter.com/67IzCtUh8k

An amendment to Democrats’ proposed anti-corruption For the People Act, it’s the first she’s filed since taking office this year. She’s following in the footsteps of another Massachusetts politician, the late Sen. Ted Kennedy, who in 1970 advocated for lowering the voting age from 21 to 18 at the height of the Vietnam War.

The idea has been floated again recently. Lawmakers in Oregon, for example, have taken steps toward lowering the statewide voting age to 16. In Somerville, officials last month debated letting 16-year-olds vote in local elections, and Josh Zakim, a Boston City Councilor, said in a tweet he planned to introduce a similar resolution in the city on Wednesday. A bill filed at the State House this year would clear the way for cities and towns to do so without having to file a home rule petition.

Excited to see this from our outstanding Rep. @AyannaPressley! I will be introducing a similar resolution with Councilors @wutrain & @Kim_Janey at today’s @BOSCityCouncil meeting! #BosPoli #MaPoli #VotingRights https://t.co/O8PuVOiq60