Marty Walsh Wants to Lower the Speed Limit to 20 mph

At 25 mph, the lower speed limit seems to work. He wants to go even further. 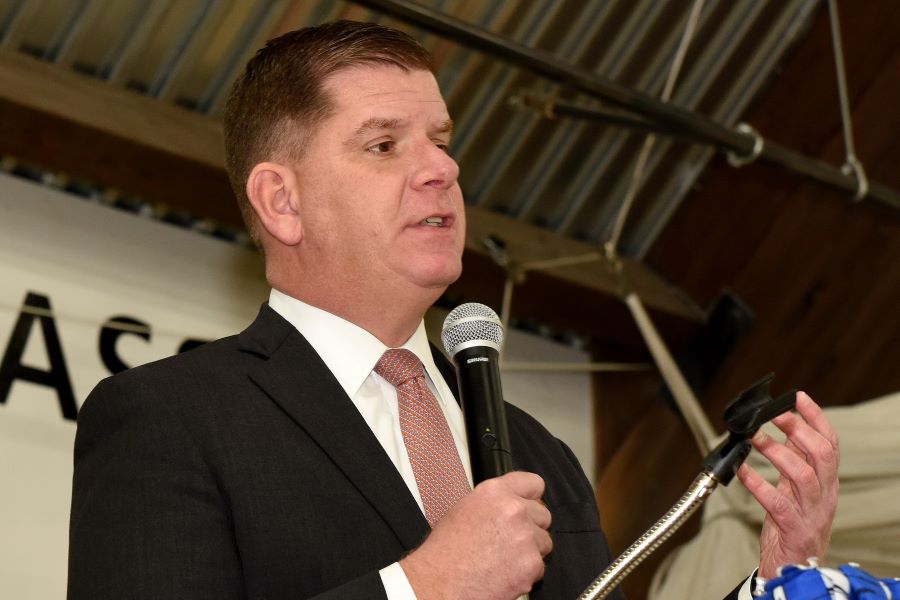 After Boston reduced its speed limit from 30 mph to 25 mph two years ago, the results were pretty clear: Driving that slow, even if it’s annoying, really does seem to save lives. In its first year under the new rules, the city says it saw a drop in traffic fatalities from 21 to 14. What’s more, drivers seem to have gotten the memo: According to a Boston study by the Insurance Institute for Highway Safety, the odds of a driver going more than 30 mph after the change dipped 8.5 percent, and exceeding 35 mph, 29.3 percent.

Under a new plan from Boston Mayor Marty Walsh, things are about to get a lot slower—and, he hopes, safer—in the city. On Thursday, he’s reportedly expected to propose lowering the speed limit to 20 mph on neighborhood streets where another limit is not already posted. The plan, according to the Boston Globe, will be announced in a Boston Municipal Research Bureau speech.

“Making sure our residents can get around our city in a safe and reliable way is key to ensuring Boston’s opportunities extend to all,” Walsh said in a statement ahead of the formal announcement.

To build the future we want, we have to do more to transform our infrastructure: not just as a city, but as a region. We need our streets to work better and be safer for everyone. #LookToBoston https://t.co/TIyKfY54be

Studies cited by the city had shown there is a drastic decrease in both the number of pedestrians struck by cars and the fatality of those collisions when cars shave off just a few mph from their speed. Boston has adopted a goal of one day eliminating fatalities though a combination of traffic calming and other approaches, an effort dubbed Vision Zero.

The Boston City Council has also proposed such a change, which may require state approval.

Other transportation-related ideas to be announced by the mayor include new designated areas for ride-sharing services like Uber and Lyft, new efforts to pursue designated bus lanes, and an expansion of free T passes for Boston middle and high schoolers.