She once owned the Orchids of Asia Day Spa, site of the Robert Kraft bust. 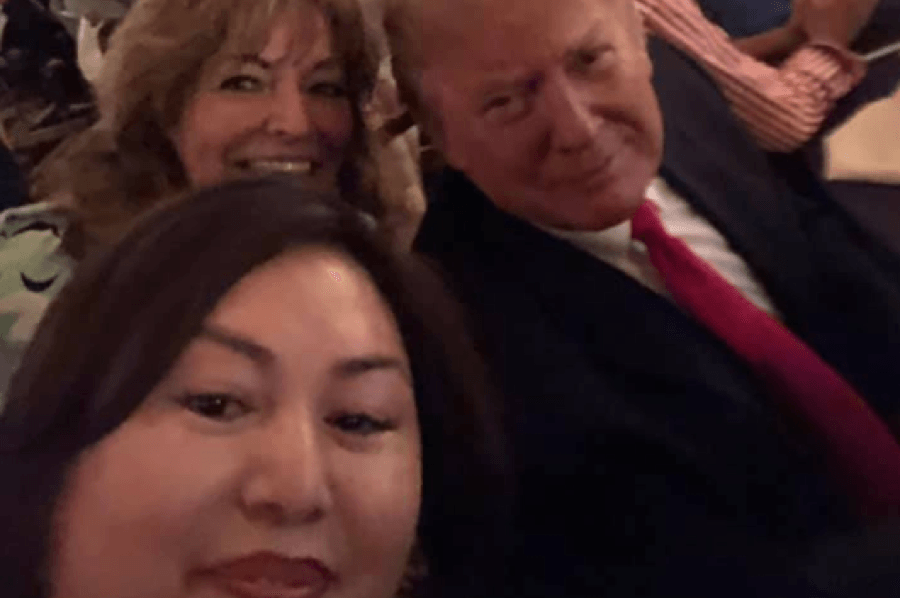 Cindy Yang, a Florida massage magnate who founded the spa where Robert Kraft is accused of paying for sex from women believed to be sex trafficking victims, celebrated the Super Bowl this year at a watch party hosted by none other than President Donald Trump, a new report says.

Yang, according to an investigation in the Miami Herald, is the original owner of the Orchids of Asia Day Spa, the strip mall massage parlor that police say was visited by wealthy men seeking sex, including Kraft.

Kraft was among many men charged in a sting that targeted several Florida day spas suspected of being fronts for human trafficking. He denies the allegations and has pleaded not guilty to two misdemeanor counts of soliciting prostitution.

Yang sold the spa in question, then called Tokyo Day Spa, in 2013, which is when it got its current name. The Herald‘s reporting points to online reviews that suggest the spa had been a venue for illicit sex acts when Yang owned it. Yang has not been charged with a crime and denied she has broken the law.

While she has sold off much of her massage business, the Herald notes that her family members still have various Florida spas to their names.

These days, Yang is apparently fond of hanging out at exclusive soirees, including several galas at Trump-owned properties, where she’s posed for photos with high-ranking Trump officials and members of the first family. Among her many adventures in Trumpworld, photos posted to social media show she enjoyed football-themed hors d’ouvres and posed for a pair of selfies with the Commander-in-Chief when the Patriots faced the Los Angeles Rams back in February. “We love our president,” she wrote in a caption on Facebook.

It’s neither cheap nor easy to get that kind of access to the president. Yang and her family have reportedly given more than $50,000 to Trump’s campaign and pro-Trump super PACs. And according to government protocols cited by the Herald, people hoping to rub shoulders with the president need to undergo an “enhanced background check.”