Boston Public Schools and the University of New Hampshire are investigating. 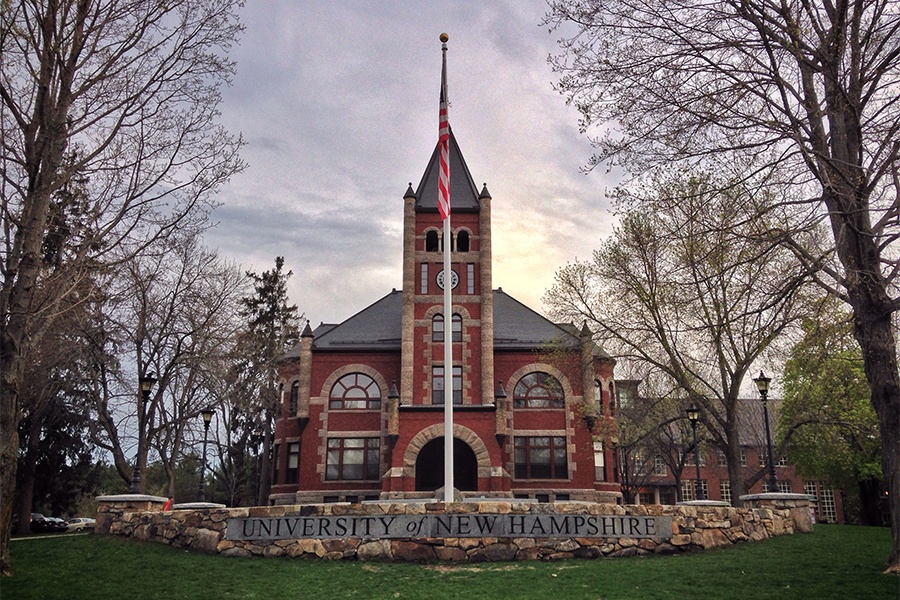 University of New Hampshire by drocpsu on Flickr/Creative Commons

After getting a few memes and other photos over the iPhone application, students from the Boston Arts Academy were sent a selfie of someone with black marker drawn on their face. The photo was captioned “Celebrate black history month.”

NEW: Students at Boston Arts Academy were sent pictures of someone in blackface while at jazz festival at UNH. One student who got the photo is 14 y.o. Boston Public Schools and UNH are investigating to find those involved @NBC10Boston pic.twitter.com/fn75C3sPga

According to Sandra Marcelino, a parent of one of the students, the high schoolers were eating lunch when they started receiving images on their phones. They were scheduled to perform at the Clark Terry UNH Jazz Festival later that afternoon—which they did, to their credit.

“These individuals sent these images to the tables of the only children of color in the room trying to incite who knows maybe a fight?” said Marcelino in a Facebook post. “I’m proud to say that our kids did not react ; reported this behavior and went and performed after this and Absolutely slaid [sic] the stage.”

Marcelino’s daughter, Samantha, told NECN that she felt “just weird, kind of felt out of place” after seeing the image.

UNH officials are working with the BPS Office of Equity to investigate the source of the photo, which says it came from “Mark’s iPhone.”

Boston Public Schools issued a statement via Twitter condemning the incident and promising to provide support to affected students.

A statement from the Boston Public Schools in response to a disturbing incident this weekend. pic.twitter.com/HXWV1lA02y

“This incident was completely unacceptable, and I am very sorry that our students had their otherwise positive experience disrupted by a hateful act,” Clark wrote.

In a statement issued by UNH, spokesperson Erika Mantz said behavior like this “has no place on [UNH] campus and goes against all of [their] values as a community.”