E-Scooters Can Hit the Streets of Brookline Next Month

A pilot can begin in April. 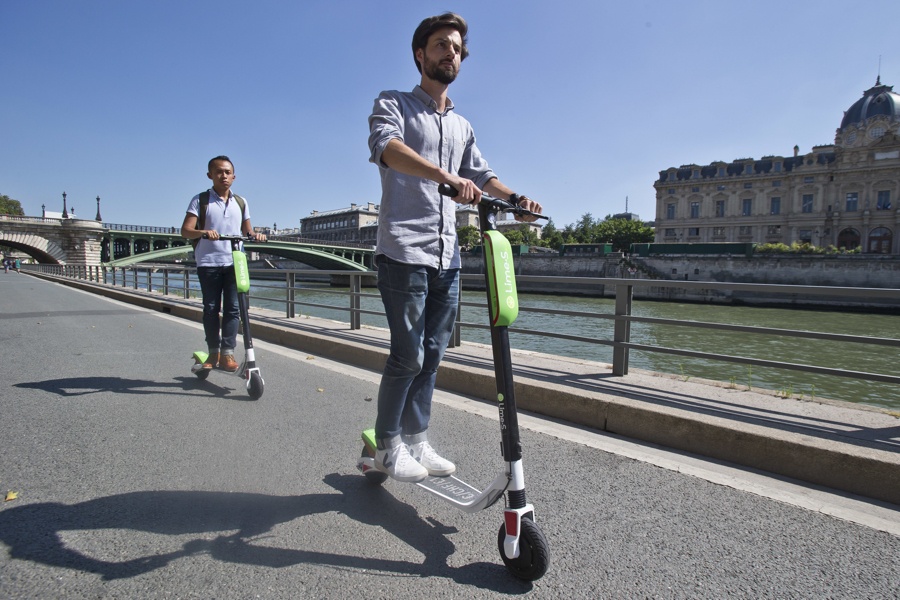 Missed your chance to take part in the e-scooter craze when it was all the rage last summer? Think Cambridge and Somerville were too quick to shun this latest innovation in transportation?

Well, good news: The controversial motorized devices are poised to make a comeback this summer in Brookline.

Brookline officials this week green lit an e-scooter pilot that can begin April 1. Two scooter companies, Bird and Lime, will be allowed to dispatch 200 dock-less electric scooters on sidewalks. They’ll be available to use for a fee via an app, and can help you get from place to place at about 15 mph.

As you may remember, not everyone loves the scooters, which to some are seen as a sidewalk-cluttering nuisance. One “Brookline elder” in a letter to the editor of the Brookline TAB argued that “[d]odging cracked sidewalks, folks on bikes, kids on scooters and trikes, pedestrians on phones, and distracted drivers” was enough trouble without “another transportation element that would need dodging while doing daily errands around town.”

But others see them as yet another way to get around, and, importantly, to dissuade people from driving cars.

E-scooters are also in something of a legal gray area in Massachusetts because they don’t conform with existing state law on motorized vehicles having blinkers and so on. Lawmakers are chewing over changes to that law, but for now have said cities and towns can decide to allow pilots of e-scooters if they want.

Last year, the e-scooter company Bird circumvented all of this by just dropping a bunch of their products in Cambridge and Somerville without warning. In a few months’ time, they were rounded up and removed. Since then, discussions with city officials have been ongoing. Even Boston, where city officials objected in strong terms to the scooters last year, has signaled openness to giving them a shot this year. So we’ll see how that goes.

This is not the only trail Brookline will be blazing in the coming months. The town is just a few short hurdles away from welcoming Greater Boston’s first legal pot shop, as the cannabis dispensary NETA has gotten a final permit from state regulators that will soon let it sell non-medical weed.