Shuttles were replacing trains between Orient Heights and Wonderland. 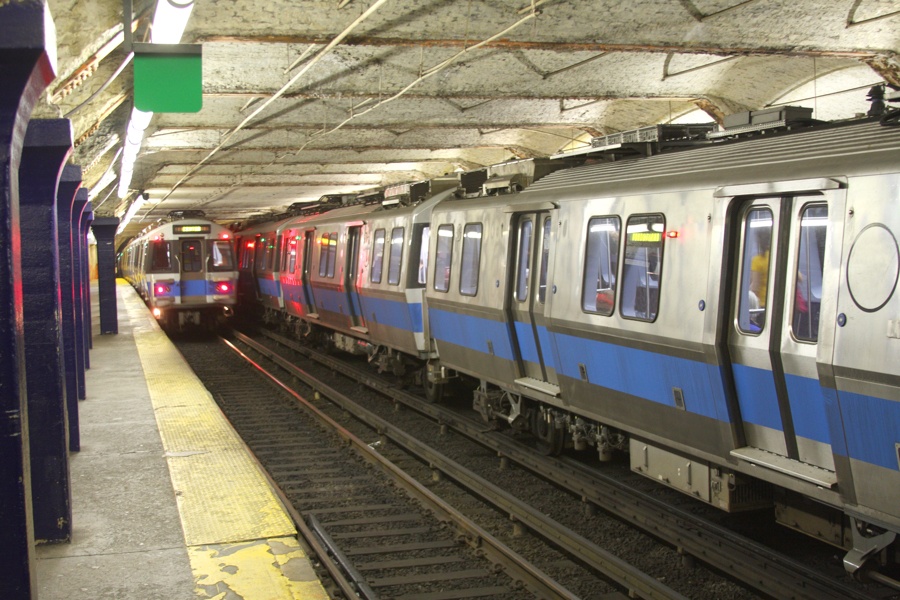 Service on a long stretch of the MBTA’s Blue Line has been suspended as a fire raged at an East Boston casket factory on Friday afternoon.

The T tweeted at 3:53 p.m. from its official Twitter account that, per the request of Boston Fire Department, service between Orient Heights and Wonderland would be replaced by shuttle buses.

Meanwhile, fire crews were battling a six-alarm fire at New England Casket Co. on Bennington Street. The building sits right along the tracks used by the Blue Line.

The MBTA initially said in a tweet that it planned to bring the entire Blue Line to a halt, but followed up a few minutes later with an update that said the trains would continue to run on the rest of the tracks.

Companies are starting to use foam to attack the fire. This is now a 4th alarm. pic.twitter.com/nl6Qvvnbxk

Heavy smoke conditions in the street avoid this area. This is now a 6th alarm all companies working pic.twitter.com/0VRoMO20yz