Tom Brady Is Extremely Amped to Have Brandon Bolden Back 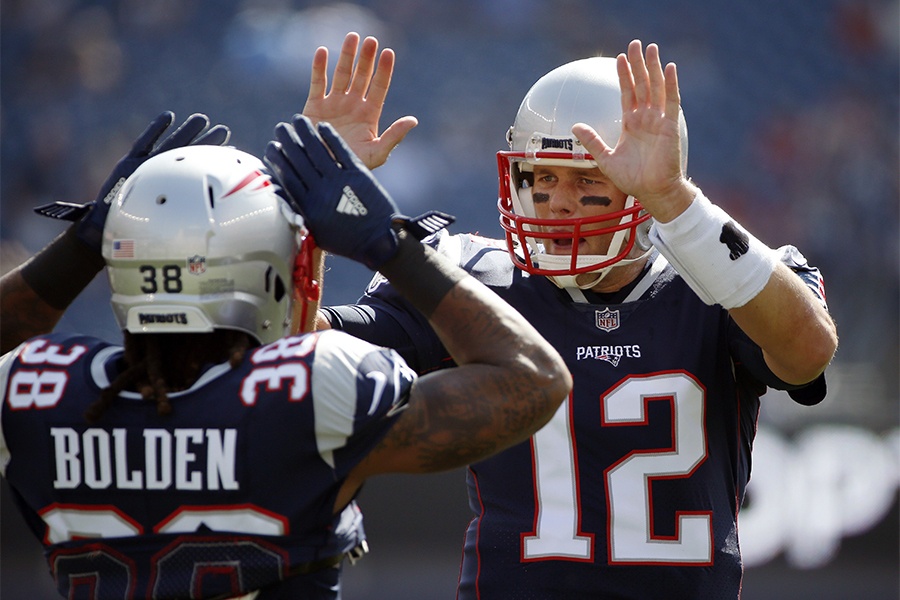 Bolden, who spent the 2018 season in Miami playing for the Dolphins, seems amped to be coming back to New England, where he played for six years. His response to Brady’s comment doesn’t quite match the quarterback’s fervor, using the chillest of emojis (rock on and shaka) to show he’s excited, but he’s not dropping F-bombs on his photo for any Boston middle schooler to see.

“ missed you bro back to work #LFG,” reads Bolden’s reply.

Although he toned it back compared to Brady’s NSFW outburst, Bolden seems to have snuck in his own expletive. Either that or he recently signed a sponsor deal with Lincoln Financial Group.

Brady is likely relieved to have Bolden home, if only because it means he doesn’t have to face him as an opponent anymore.

In the Patriots’ Week 13 game against Bolden’s Dolphins last season, Bolden racked up 60 yards and two touchdowns to squeak out a 1-point win over his old team. We all know which team came out on top in the end, but Brady doesn’t take well to people outperforming him.

Random tidbit: A few Patriots RBs' lockers are clustered together. Brandon Bolden was among them in 2017. When he departed in 2018, his massive stereo/boombox stayed in an empty locker. So Bolden is probably going to be pumped to blast some tunes on that thing. https://t.co/bVkcU8xCLT

Bolden, nicknamed “The Incredible Hulk” for his size and oomph, first signed with the Pats as an undrafted free agent in 2012. Seven years later, he’s returning to one of the strongest backfields in the league, thanks to Sony Michel and James White. His contract keeps him in New England for the next two years, pumping jams out of his locker like old days.