Ken Casey Got in a Fight at the House of Blues

The Dropkick Murphys frontman ran into a troublemaker during one of the band's St. Patrick's Day shows. 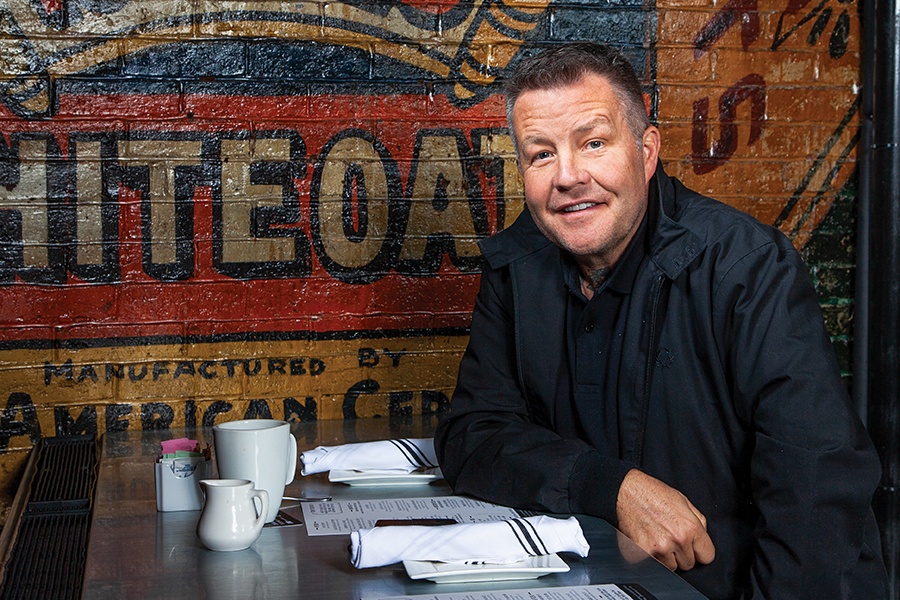 There’s a reason the Irish flock to Boston for St. Patrick’s Day every year (see: Conor McGregor tearing up the streets of Southie). The city is guaranteed to have plenty of partiers, shamrock accessories, and beer, green or otherwise. Oh, and the fights.

Dropkick Murphys singer and bassist Ken Casey got himself into a textbook St. Paddy’s tussle with a fan Friday during one of the band’s annual shows at House of Blues. Casey had jumped into the crowd to confront a fan who he had seen elbowing women in the audience.

“When we invite you guys to come to one of our shows, it’s like we’re saying, come to our house,” Murphys vocalist Al Barr told the audience after the incident. “And when someone disrespects us, you’re disrespecting us in our house.”

TMZ originally reported that the scuffle broke out after Casey offered his microphone to a fan and the fan rejected his offer to sing along. He later clarified to the Boston Globe that he wasn’t angry about missing a duet.

“Basically, guy was attacking fans and I was trying to defend them,” Casey told the Globe.

Great night of fights @murphysboxing @hobboston show last . Although the shot of the weekend definitely goes to this sharpshooter who got me square in the forehead from 10 paces with a full beer #hazardsofthejob . Thanks to everyone who has attended this weekends festivities so far and congrats to the #murphysboxing fighters who all had massive victories last night. Looking forward to the grand finale tonight – DKM- St Patrick’s Day at the HOB ☘️ photos by @joekelleyphotography and @annienyhc

Casey was also hit, a la Gronkowski, in the head with a familiar blue can of beer during the altercation. Although he emerged a bit bloodier than he started the show, he stayed on stage and finished the set while the fan was escorted outside.

Barr reassured the audience that fights like these are nothing new in the 21 years the Dropkick Murphys have been performing at House of Blues on St. Patrick’s Day weekend. The band is known for not tolerating disrespectful fans, fighting and kicking out a concert-goer who did a Nazi salute at a show in Manhattan in 2013.

I do appreciate that the Dropkick Murphys frontman only ever gets in fights at shows with Nazis and misogynists https://t.co/qIxGOxWxhn

A band representative told Billboard that Casey recovered just fine, and is ready to keep performing.