It's a major milestone in human-turkey relations. 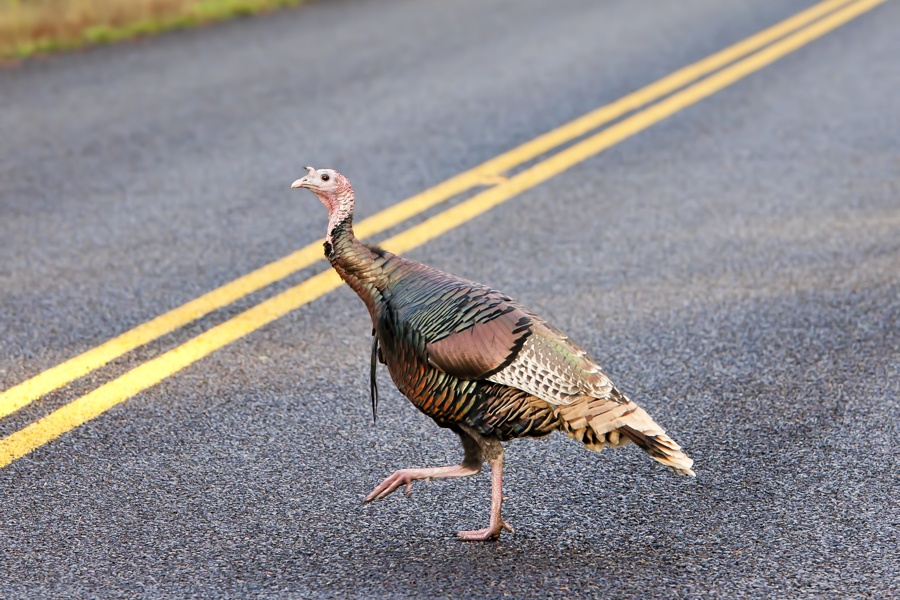 Photo by gjohnstonphoto via Getty Images

There’s no way around it: Living in New England means coexisting with turkeys. They’re foraging in our yards, attacking our mailmen, strutting on our sidewalks, and, of course, wandering into our streets.

And as you surely already know, this does not always go well, and there are plenty of recent examples of this living situation not exactly working out: One airborne turkey in Sandwich cruising through a car’s windshield and nearly killing its driver, another “peeping tom” smashing into a bedroom and wreaking havoc, still more performing what looked like (but wasn’t) a satanic ritual on a dead cat, and the list goes on.

So it’s important that we keep an eye on how turkey-human relations are going, and whether they’re trending in the right direction. For once, there is some very good news on this front out of Litchfield, New Hampshire.

A new video that popped up over the weekend, and has quickly gone viral, provides an example of human-turkey relations going surprisingly fine. The minute-long clip, posted via Storyful and shared a combined tens of thousands of times on social media, shows a rafter of turkeys crossing a busy street in the southern New Hampshire community with, well, some help. As at least nine of them saunter in a line across the road, one turkey stands in the way of several cars, its feathers outstretched, blocking traffic like a winged crossing guard. The bird stands at attention, keeping three vehicles at bay, and waiting for each of its buddies to get across before slowly following the parade and letting the human drivers continue on their way.

Over in about a minute, the process was smooth and seamless, and looked as though it might have been pre-planned by the turkey in charge, perhaps after seeing one too many of its brethren flattened by traffic.

Look, I have no idea what was going on inside the tiny brain of the now-internet famous turkey—was this really a street-crossing strategy it came up with, or just a fluke?—but it sure looks like a breakthrough for peace between turkey and humankind. Considering the alternative, I’ll take it.