More of the substance has been found on monuments in Mattapan. 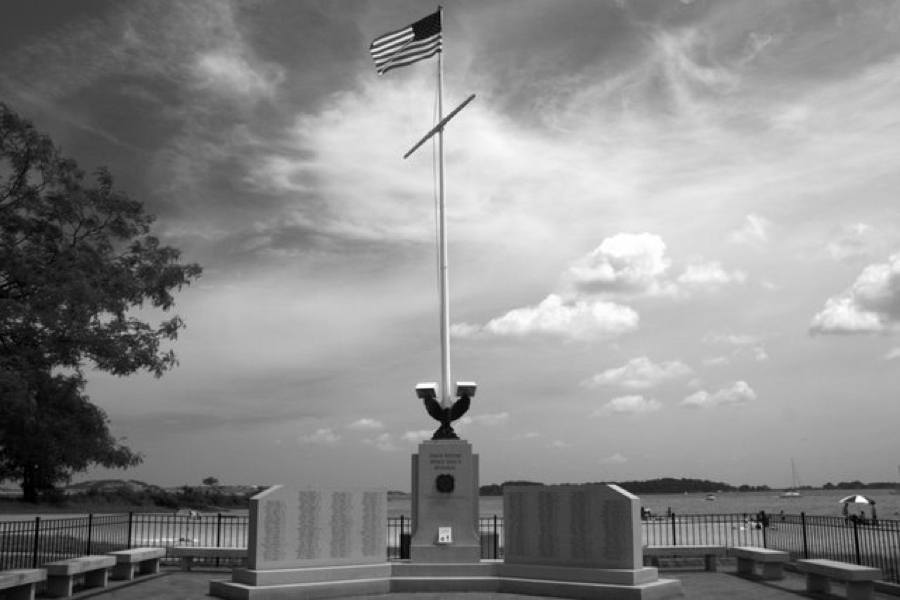 Update: OK, someone is clearly on a mission here. More of the oily, difficult to remove, and as-yet-unidentified substance has been found splashed on memorials at the Mt. Hope Cemetery in Mattapan, including a “Civil War, Spanish American War, WWI & WWII monument altar, Knights of Columbus and Free Masons memorials,” Boston Police wrote on the department’s blog Tuesday. Police are asking for the public’s help in identifying whoever is responsible, and officers were seen collecting samples of the gunk at one of the monuments. In a statement, Commissioner William Gross called the vandalism “incredibly distasteful and disheartening”:

How incredibly distasteful and disheartening it is to learn about the damage done to the memorials at the Mt. Hope Cemetery in Mattapan. Clearly, these memorials are meant to honor and show great respect to those, whether they be veterans or police officers, who spent a lifetime in dedicated service to our city and nation. I find it beyond reprehensible and wrong that anyone would think it okay to damage and desecrate such hallowed grounds. Clearly, we hope to quickly identify and hold accountable the person responsible for these misguided and hateful actions.”

@bostonpolice are collecting samples of the oil substance on a defaced memorial in the Mount Hope Cemetery in Mattapan. #Boston25 pic.twitter.com/cSPuWDgazY

Earlier: The cleanup continues at South Boston’s World War II memorial near Castle Island after the granite structure was, apparently, splattered with some kind of oil this week.

Who might have done this, or why, remains a mystery. But for now the arduous work of wiping the gunk off of the porous monument is still underway, led by the Department of Conservation and Recreation.

DCR is not alone in the effort, though. Those concerned with cleaning up the monument have reportedly been showing up with a variety of chemicals to help with the task, after soap and water proved unsuccessful.

HAPPENING NOW: Community #volunteers from South Boston arriving to this World War II memorial to try to scrub this oily substance off of the structure after it was #vandalized. So far they haven’t been able to.#WWII #vets #vandals #service #memorial #Boston pic.twitter.com/0TYQXHkk5d

State Police have said they are investigating the act of vandalism, which was first reported Monday at 11:30 a.m. Police do not know how long it had been there before they got the call.

Whoever decided to do this took the task pretty seriously. Oil is splashed everywhere for some reason, leaving dark stains streaking down its surfaces.

Among many expressing their dismay at the vandalism, Congresman Stephen Lynch said he was “deeply hurt and disgusted by” what he called a “hateful attack.”

(2/3) .. and free millions of oppressed Jews from Nazi death camps. These men were truly “soldiers of freedom” who saved the world. We will repair the damage and rededicate ourselves to the ideals of human dignity, freedom and democracy for which they died.

(3/3) As a community we continue to stand with the Gold Star families of those courageous young men whose memory will never be stained.