He has been detained by police. 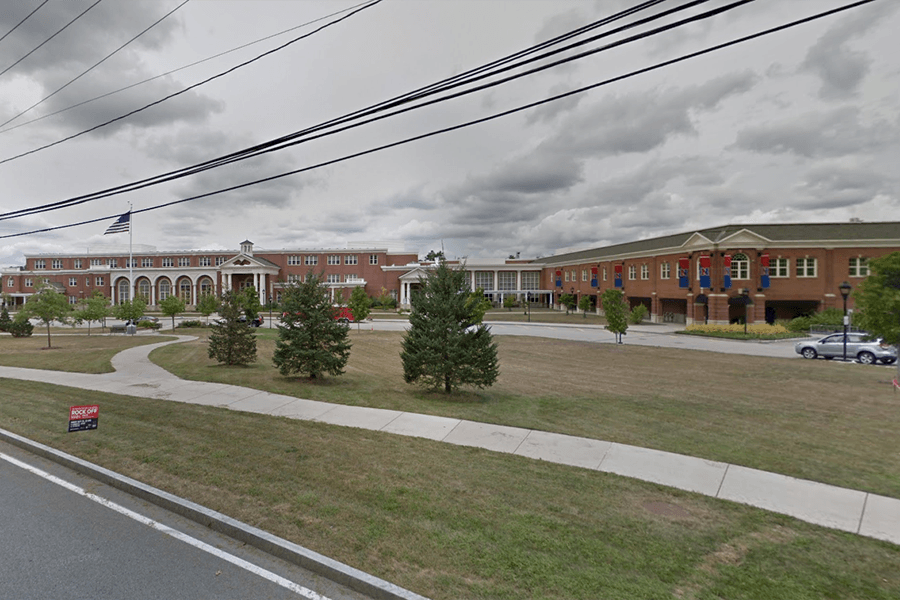 A man drove through the front loop of Natick High School Wednesday, shouting racial slurs and threats. As he drove away from the scene, he fired three shots in the air—thankfully from a paintball gun.

The superintendent issued a statement to the community regarding an incident that took place earlier today at the high school. Please read the statement and share: https://t.co/03vOwvfjiG pic.twitter.com/2lZCMlINJ2

“We want to assure students, parents, staff and members of the community that safety is always our top priority,” Nolin’s statement said. “We will address this incident and restate our core values tomorrow and every day at Natick High School.”

Although the incident happened around 2:45 p.m. Wednesday afternoon, it did not disrupt any school activities. Nolin said in her statement that all after-school activities were good to go after the campus was deemed safe by police. No one was physically injured.

“We have no tolerance for racism or bigotry of any kind in the Town of Natick,” the Natick Police Department said.

Police found the perpetrator after being called to the school. He is being detained, away from the campus, until his arraignment Thursday.

Later, evidence of three paintball shells were found on West Street, just outside of the school. While it’s a big relief to all involved that the man wasn’t wielding a real firearm, the large weapon he held out the window of his car while firing shots in the air might not have initially looked like a paintball gun to witnesses.

Police will not identify the 18-year-old man until he is arraigned, but the school confirmed he is not a student or seemingly affiliated with Natick High School in any way.