They set out to hit every stop on the T, and pulled it off in 7 hours and 29 minutes. Now, it's Guinness approved. 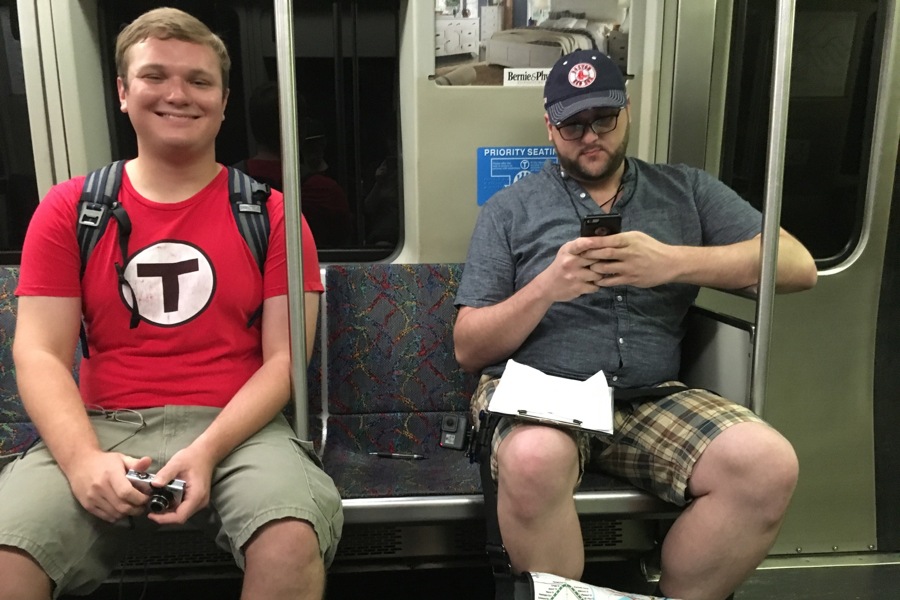 Back in the summer of 2017, fellow MBTA super-fans Dominic DiLuzio and Alex Cox hatched an ambitious plan: They wanted to hit every Greater Boston subway stop in one day, in record time.

It would be a complex logistical challenge, a test of endurance both mental and physical, and, frankly, a gamble on the T’s ability to carry them from stop to stop without any snafus. Aiming high, considering the sheer size of the T’s network of trains, the goal was to get it done in under eight hours. But in the end, on a Friday in August, victory was theirs—they rolled in to Wonderland station, the last stop of their journey, in just shy of seven-and-a-half.

The only obstacle left was Guinness, the famously fickle record-awarding agency in the UK, which has been known to deny awards for even minor slip-ups in documentation. After a months-long confirmation process, though, the duo has gotten the coveted Guinness World Records stamp of approval.

“I’m very relieved,” says DiLuzio, reached by phone Friday morning. “The day it happened it was incredible. It’s funny that you can get a rush of adrenaline from riding the T, but it was just, like, full adrenaline. Now it’s come back full circle and I’m feeling that high again. It’s like, what we did wasn’t in vain. It actually worked and it means something now.”

Just got the official email from @GWR. @transitalex and myself are officially Guinness World Record holders for Fastest time to travel to all Boston subway stations in 7:29:46! #MBTAWorldRecord #Boston #MBTA pic.twitter.com/Z2tjzR2azw

It was not exactly a sure thing that this day would come, he says. An issue with the GoPro they used to document every second of the trip could have ended in disaster. In all the excitement, the tiny camera had been knocked off kilter right at the last leg of the journey, and so it wasn’t captured on film. “I didn’t realize until I looked back at the footage that at the key moment it was just black and blurry, and I was like, ‘Oh my god, this might be the thing that kills it,'” DiLuzio says. But after multiple back-and-forths with Guinness officials, the duo was able to provide enough evidence to satisfy the judges. The word came in an email Friday morning. “I read it on the elevator and was like, ‘This is it. It’s finally done.'”

In a statement Friday, the MBTA gave a tip of the cap to the record-holders. “The MBTA extends its congratulations to Alex and Dominic for their record-setting feat,” MBTA General Manager Steve Poftak said. “They’re doing a phenomenal job promoting the use of public transportation, and we thank them for their ardent support of the T.”

But there is a complication looming: The Green Line extension, which will add stops to the network and could complicate their achievement. “That’s the thing I’ve been thinking about. When that’s finished and the stations open, is the record still valid? I don’t know,” DiLuzio says. “But if that does happen I’m definitely doing it again.”